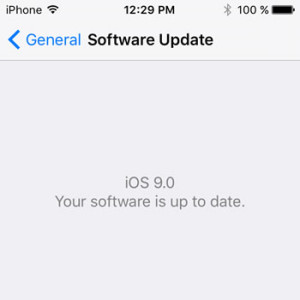 Edition 2015 of Apple’s WorldWide Developer Conference is ongoing, in San Francisco. WWDC 2015 is scheduled to run between June 8 – 12, but it only needed a couple of hours to produce a massive hype for all iPhone, iPad, Apple Watch and Mac fans. The Cupertino-based company has presented the main features of the upcoming iOS 9, watchOS 2 and Mac OS X operating systems. The updates are impressive, especially those for the wrist-worn device. They bring a series of new software features to Apple’s desktop, mobile and wearable devices.

In this article I’ll highlight you the most important upgrades provided by iOS 9. Apple promotes it as being “full of enhancements”. The 9th generation of iPhone’s, iPad’s and iPod’s operating system comes with improved performance, security and battery life. The Cupertino developers claim that this new iOS release will add 1 extra hour of usage time to your iPhone. Your interaction with the iOS powered gadgets will feel even more smoother, the native apps become even more important, while the whole system gets more intuitive and intelligent, with the help of proactive capabilities!

iOS 9 New Features & Improvements
We’re currently beta testing iOS 9 and will update iPhoneTricks.org anytime we discover something new that’s worth mentioning. Here is what we have for now. Tune in daily, for more info about the latest tips.
1. News App 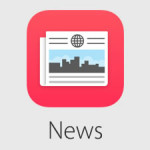 Is a new stock app for iOS. It gathers news content from the most important publishers, from all around the world, based on topics that you select as favorites. This helps you have all the news in one place. No more need to browse between several third party apps, to read your preferred publishers. Apple promotes that News will feature the original editorial layouts and the stories will contain interactive media as animations, videos and of course photos. The design is device oriented, making your reading experience one of a kind.
Fact: Other interesting features include the option to save articles for offline reading and the ability to easily share your findings with your contacts.
Tip: The more you use the iOS News app, the better it will learn your preferences and be able to refine the suggested articles. 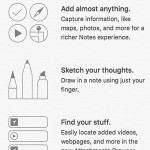 The native Notes application gets a massive upgrade. You can add almost everything to it. You can grab data such as maps, photos or draw your own stuff using the newly added Sketch menu. Select the desired tool, pick a color and use your finger to illustrate a note.
Other options include the possibility of adding checklists, like your daily to-dos. URLs can be also added. Tap the Share button in iOS native apps like Safari or Maps to save attachments as notes. There’s also an Attachment browser available that sorts your saved items for easier reviews. 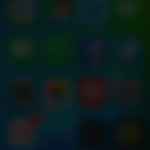 Your iOS virtual assistant receives many more abilities. It can browse your media based on dates, location or album titles. For example, you can ask Siri to: “Show me videos I took in the Winter Holidays” and it will prompt you with the appropriate media.
Or ask Siri to create location based reminders by speaking out; “Remind me about [task] when I reach home.”
The virtual assistant is also used in iOS 9 to boost the Spotlight Search results. The variety of search results when you look up for something on your iPhone is much more varied, up to the degree that you can even perform calculations and conversions, get stock prices, engage with a search contact right from the results and much more. 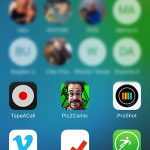 In fact the iOS 9 search is proactive. This means that it prompts you with a series of anticipated results, before you even start typing the thing you want to look up for. Get suggestions of contacts you talk the most, or the ones you engaged with most recent. Your favorite apps are also displayed, based on how often you used them. More you’re informed about important places available near to your location. These are extracted by Siri from Maps. The local news are also listed as longs as the Location Service are activate on your device.

5. Maps gets Transit & Nearby 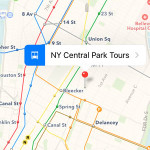 Maps is now able to combine different transportation methods when selecting a route. For example you can use your bike to cycle until the nearest subway station, pick the train and finish your travel by foot. Step by step directions are included for each step of your journey.
In select cities the new Transit feature also shows detailed lines and stations directly on the map view, allowing you to pick the most efficient route, when commuting.
Nearby has the role to inform you about the most important locations near the searched position. This way you’ll be always aware of what’s around you in terms of Food, Drinks, Shopping, Entertainment and more. 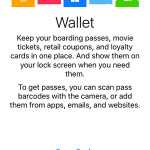 You can add and use a lot more plastics with Apple Pay and not only the cards from the banks that support contactless payments. This way you use your device’s NFC chip without necessary, being connected to a bank to complete a transaction. If you use a reward cards or other specific store cards like Dunkin’ Donuts, for example, the transaction won’t involve your bank account. Balance will be deducted from the funds available on the specific store’s card. This is why Passbook turns into Wallet, with iOS 9.
Tip: Now you can double tap the Home button, when the iPhone is locked to use Apple Pay! 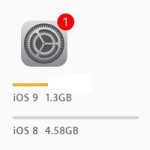 iOS 9 adds a more pleasant experience when it comes to updates. They are smaller in size and can be installed directly on your iPhone or iPad without needing to separately download and unpack them.
This requires less storage space needed to accommodate a new update, offering more space to toy with.
You can also schedule upgrades, when a new one is available. This way the software package will be installed while you sleep or when you don’t used the device. 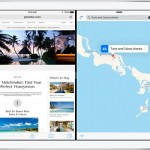 A series of multitasking options have been added to iPad. They help out in using the large screen more efficiently, by performing two actions in the same time. With iOS 9 you can: Slide Over, Split View and use Picture in Picture.
Slide Over allows you to open a second app without leaving the one you’re currently using. The secondary software is displayed on the right hand side with the help of a slide over menu. Whenever you finish using it, slide it back away and resume your action on the main application.
Split View works on iPad Air 2 and actually divides your screen in half, making two apps available in the same time. This way you can synchronize your work better and become more efficient.
Picture in Picture makes it possible to watch a video, featuring your favorite TV show, a music clip or FaceTime call and work on a secondary app in the same time. Tap the Home button while playing the video and the clip window scales down in a corner of the screen. You can now open a second app and write an email, read the newspaper or much more. 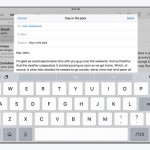 A set of new text tweaking commands is now available on the iPad. Buttons like Bold, Italics, Underline as well as Copy/Paste are a few taps away on your iOS keyboard. They’re integrated in a newly available Shortcut bar, which can be integrated within third-party apps.
Even more shortcuts become available when you use your iPad with a third party keyboard. Press Command, Option or Control to display the available shortcuts within an app.
Multi-Touch gestures have been also introduced, for easy text selection. You can move around the cursor by dragging two fingers anywhere on the touch-screen. 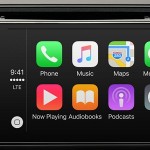 CarPlay works wireless with iOS 9. If your cars supports Bluetooth connection with your iPhone, there is no more need to plug your iPhone in. More, audio messages from your contacts are played on your vehicle’s speakers so that you can hear the original recording. If you control the system from your car’s knob you can now use all buttons to pan an navigate through Maps.
Third party apps developed by your car’s manufacturer are integrated within CarPlay. This way you can fully control your vehicle without ever leaving the stock iOS tool. 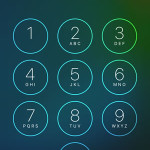 The Passcode becomes 6-digit long in iOS 9. This adds 1 million possible combinations, thus making brute force attacks less efficient. If you use Touch ID you won’t even notice the downside of being required to tap 6 digits instead of 4 whenever you wish to unlock your device.
Two factor authentication is another security enhancement. When this option is enabled, a verification code is needed when you log-in from a new device or browser. The code is automatically sent to your iPhone or displayed on your previous Apple device. 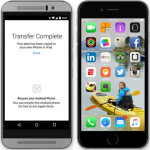 If you’re not an iOS user yet, but the stunning new possibilities have convinced you to join the Apple community, you’ll be glad to hear that you can now download the Move to iOS app and wirelessly do the switch from another operating system towards iOS 9. You’ll securely transfer your contacts, messages, photos, videos, web bookmarks, mail accounts and other important data, within minutes.
More, this transfer application also helps with rebuilding the app library. All free apps that are also available on iOS are suggested for download from the App Store, while the paid ones are added to the iTunes Whis List.