How To Fix HomePod Not Working, Unresponsive, Failure, Dead? 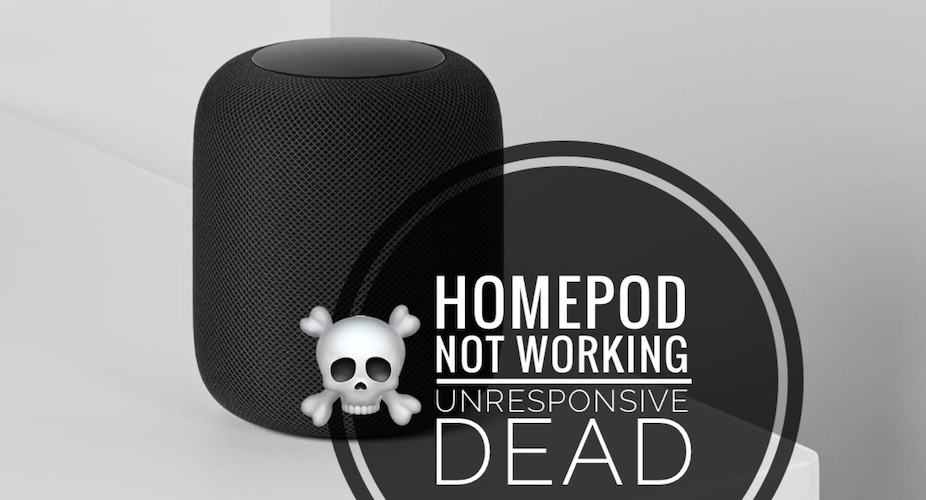 Has your HomePod suddenly stopped working and you’re looking for a way to fix it? Is Apple’s original Bluetooth speaker unresponsive, not turning on, practically dead? Unfortunately, you might be dealing with a serious HomePod hardware problem that has flared up after the release of the HomePod 14.6 software update!

A thread about HomePod failures has been started a few hours ago on Reddit and has surprisingly gained a lot of traction since.

Numerous owners state that their HomePods died unexpectedly! All failures have been confirmed for devices running either the HomePod 14.6 software or the HomePod 15.0 Beta software versions.

Apparently a bug present in the above mentioned software versions is causing HomePod hardware failure.

A Reddit user reports that both of his HomePods running 14.6 have been randomly overheating when not in use.

Others confirming overheating problems for when the device is used in stereo mode or as a default Apple TV speaker.

An early conclusion leads us to anticipate that overheating could go as far as frying the logic board, thus rendering the HomePod unusable!

How To Prevent HomePod Failure

If you own an original edition Apple HomePod that is still working follow these tips to prevent hardware failure:

To avoid bricking your HomePod, make sure that you don’t update your device to OS 14.6!

Tip: Although it brings a series of new features stay away from the HomePod 15.0 Beta. It’s only for registered Apple developers, but you can still download unauthorized versions of the HomePod 15 beta profile online. Stay away!

2. Don’t Use HomePods As Stereo Pair

If you’re already running the HomePod 15.0 beta, don’t use your HomePods as stereo speakers for your Apple TV. A glitch in the OS will cause them to overheat.

3. Don’t Use HomePod As Default Speaker

In fact, avoid using the HomePod as an Apple TV speaker in the first place!

To be on the safe side, stop using the HomePod until OS 14.7 is released with a bug fix or Apple confirms that it’s safe to update. Unplug your device and let it rest until further notice!

How To Fix HomePod Not Working

Unfortunately, if your HomePod failed there’s nothing that you can do to fix it!

We recommend you to report the issue to Apple via the HomePod feedback page (direct link)! The more reports the better.

If this proves to be a widespread issue the Cupertino-based tech giant will either provide a free replacement or credit you for its value.

Fact: Apple has discontinued the original HomePod a couple of months ago!

Important: Apple hasn’t officially reacted to this issue yet, but affected users confirm that they’ve contacted Apple Support. Most of them did not get too much help, because either the HomePod was considered out of warranty (more than one year old), or the devices were not authorized to run the HomePod 15.0 Beta version.

It seems that the HomePod mini isn’t affected by the same hardware failure issue. There haven’t been any reports to confirm it.

Is your HomePod dead too? Share your feedback. Are we missing something? Let us know and we will update the article asap. Use the comments section.

2 Responses to How To Fix HomePod Not Working, Unresponsive, Failure, Dead?