How To Use Lure Module To Attract Pokemon 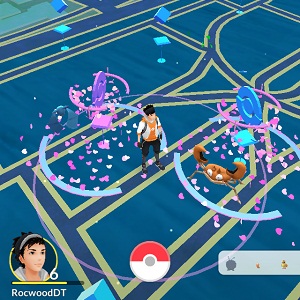 Pokemon GO is a huge success and its fame has attracted players from all age groups, all around the world. Niantic’s app isn’t downloaded just by regular gamers but also by iOS and Android users that have never downloaded a game from the App Store or Google Play. Those unfamiliar with mobile games might have a longer learning curve because they’re simply inexperienced. This article comes to teach you how to use Lure Modules an important Pokemon GO feature that attracts Pokemons to PokeStops allowing you to catch a lot of creatures in a short time frame.

It’s not just the beginners, but I meet a lot of average Pokemon GO players that aren’t aware how to use a Lure Module. Most them know what it does, but they don’t know how to apply it within the game. Lure Modules are found in your avatar’s Backpack. According to the game the official description is: “A module that attracts Pokemon to a PokeStop for 30 min. The effect benefits other people nearby.” So, even if you don’t own a Lure Module you can search the map and identify PokeStops that have a module set up and profit from the situation.

How To Recognize PokeStops With Lure Modules 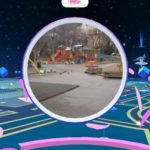 You probably walked nearby PokeStops that have are engulfed by some sort of leaf curtain. Well this means that a Lure Module is currently active in that PokeStop. It was placed by some other player and you can stick around to catch Pokemons that will be attracted by this feature.
Tip: A great strategy is to place yourself in between two PokeStops that you can check without moving. Then place a module in each and start hunting. You won’t have to wait for too long because two charmed Stops will triple the amount of spawns.

How To Collect Lure Module 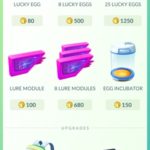 Pokemon GO awards a Lure Module when you reach Level 8. The next one comes as a reward for completing Level 10. You get one more at Level 15, two for completing Level 20 and so on. You can check the full PokeTrainer Level table for more.
If you want to progress easier in the game, you can of course, perform an in-app purchase and buy Lure Modules for coins. One Module costs 100 coins while, 8 Modules are discounted to 680 coins. Considering that 1200 PokeCoins are $10, 8 Lure Modules will cost you around $7.

How To Place Lure Module
Step 1: First, find a strategically placed PokeStop. It’s ideal if it’s located near a Stop that already has an active Module inside.
Step 2: Check the PokeStop! Tap on it. As the Landmark page opens, spin the Photo Disc and grab the rewarded items.
Step 3: Tap on the small rounded rectangle available above the Photo Disc.
Step 4: The Empty Module Slot page opens up. Tap the Module icon available in the bottom part of the screen.
Step 5: Floating pink petals are engulfing the PokeStop on the Map view if the Lure Module placement was successful. 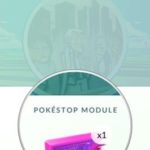 Incense vs Lure Module
Pokemon GO gameplay includes two features that help you attract the fantasy creatures and maximize your catch results. They’re called Incense and Lure Module. The first one becomes available earlier in the game. Incense can be collected from PokeStops and its usage affects only you. This means that you’re engulfed in a flagrance that attracts Pokemon for the next 30 minutes. Incense is efficient if you walk a lot while you use it, while a Lure Module needs you to remain static next to the PokeStop that is used as Pokemon spawning gate. More, the Module affects everyone nearby, meaning that other Trainers can benefit from it.
Finally, the Lure Modules are more efficient but also much harder to collect!