How To Use The Redesigned Volume HUD In iOS 13 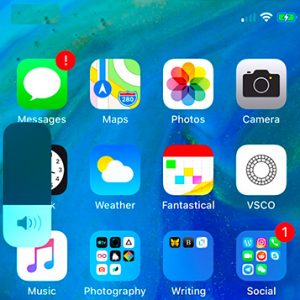 After years of complaints and shortcomings Apple has finally listened to the voice of millions of iPhone users that have unanimously complained about the obtrusive Volume interface that pops up in the middle of the iPhone screen whenever you’re watching a video and are trying to adjust the Volume. In iOS 13 gone are the moments when the huge square snapped Volume HUD invades the middle of your iPhone’s display.

The iPad was using the same graphics, however because of the larger screen size the old Volume indicator was less obtrusive. In iOS 13 the redesigned Volume HUD is rectangular shaped, oriented vertically and pops up on the left edge of the screen when the iPhone is held in portrait position. It shows up, right next to the physical Volume Up and Down buttons. The new Volume interface becomes even smaller and shrinks to a bar right after it pops up and you continue the adjust the loudness of your iPhone. The new design is slick and unobtrusive. Why did Apple needed several years, to improve this feature? I can’t seem to find a logical answers. Anyhow, it’s better late than never! Right? 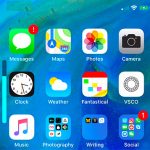 iOS 13 New Volume Hud Appearance
Nearby you can have a look at the redesigned iPhone Volume interface. In landscape mode, the rectangular bar pops up, centered, at the top of the screen. It shrinks down as you continue to adjust the loudness.
Fact: At the time of writing there are 34 volume levels to choose from.

iOS 13 Volume Hud Gesture Trick
Besides fine tuning the Volume levels from the classical buttons you can also apply slide gestures because the Indicator is responsive! Drag the Volume bar up or down (left or right when in landscape) to the desired intensity. Click one of the Volume buttons once, and after the Indicator pops up use your finger to quickly bring up or down the loudness to the desired levels.
Fact: The fastest way to completely silence your iPhone is still done with the help of the Silent switch available just above the Volume buttons. You can read more about muting your iPhone here.

iOS 13 Volume HUD On Jailbroken iOS Devices
If you’re using a jailbroken iPhone running iOS 11 or iOS 12 you can now grab the redesigned iOS 13 Volume HUD thanks to a jailbreak tweak provided by developer iKilledAppl3. The tweak is called Rishima and you can grab it here.
Fact: The difference between this jailbreak tweak and the original behavior of the new Volume Hud is that the bar doesn’t shrink and it’s also not responsive to the gesture trick described above.