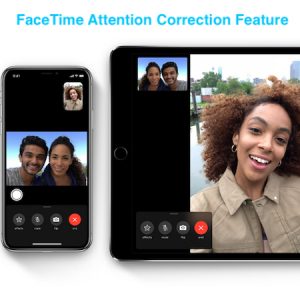 Another interesting new feature coming along iOS 13 is FaceTime Attention Correction. It’s role is to make FaceTime video calls more personal by artificially adjusting the set of your eyes so that it helps you to make eye contact with your caller. You probably noticed that every time your engaged in a FaceTime video call the conversation partner/partners don’t look you directly in your eyes. Naturally everyone looks at the iPhone’s, iPad’s or at the Mac’s screen, because they want to see what happens at the end of the line.

In order to make eye contact with the other persons you would need to look both at the device’s camera so that the conversation partner perceives you at looking in their eyes. However, if you do this you won’t be able to see him or her because you can’t look in the same time at the iPhone’s screen and into its camers. It’s an angle difference that prevents the natural eye contact.

How It Works
Starting with iOS 13 Apple has a solution for this small inadvertence. Through a combination of hardware and software improvements compatible iPhone and iPad models are able to use the front facing TrueDepth camera to capture an ARKit depth map and artificially “adjust” your eyesight to create the impression that you’re looking at the camera even if your actually gazing at the iPhone’s screen. 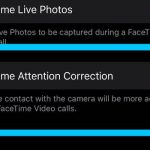 Compatibility
You need to own an Apple device equipped with TrueDepth camera hardware and enough image processing power. This means that this feature is compatible with iPhone XR, iPhone XS, iPhone XS Max and the 2018 iPad Pro models. Your device needs to run iOS 13 or later and iPadOS or later.
Fact: the FaceTime Attention Correction feature doesn’t need both participants to own compatible devices.

Debate
Ever since the announcement of this new feature an interesting debate has started on the online forms. Is FaceTime Attention Correction actually making the conversation more personal, or it’s actually faking the way you look at your conversation partner. Will we end up in the near future video calling someone and appearing to make eye contact while doing something completely else in the background? Do you plan to use this feature or will keep it disabled?

Related: Want to find out more about iOS 13? Read here about the much awaited Dark Mode!