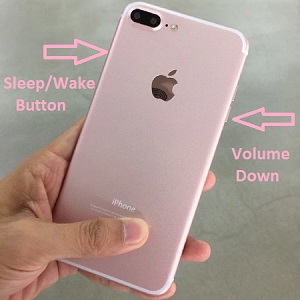 We can all agree that iOS is the most stable mobile operating system currently available on the market. Nevertheless, even the best have their flaws and iPhones can also jam, in certain situations. Your Apple smartphone could be clogged up, run a beta iOS version or load a third party app that crashes the device. For this worst case scenario, iPhones come with the Force Restart feature. It’s a last resort option for bringing your smart device back in working order.

All iPhone models up to the 7 and 7 Plus flagships can be force restarted with the help of the Home Button + Sleep/Wale Button press combo! Press them and holding for a few seconds will force reboot the device and allow you to start from scratch. However, do take in consideration that the iPhone 7 and 7 Plus models come with a new Home button generation. We’re talking about a solid state toggle that doesn’t sink-in anymore when pressed. The button is pressure sensitive and responsive too, combining Force Touch technology, introduced by the Apple Watch, and Taptic engine connectivity, to provide an unique user experience.

iPhone 7 and 7 Plus Force Restart Combination 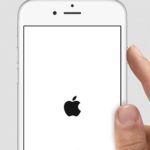 Among all the benefits coming with the new iPhone 7 Home button, there are also a few downsides. One of them is obviously the Force Restart trick that doesn’t work anymore if you use the same button combination. However, Apple’s engineers have taken care of this issue and equipped the iPhone 7 and iPhone 7 Plus with a different force reset combination:
– Volume Down button + Sleep/Wake button is the new combo for obtaining a quick reboot of the latest Apple flagships. The procedure works exactly the same, the only change is the replacement of the Home button with Volume Down.

How To Force Restart The Apple Watch
iPhones are not the only Apple devices that can be quickly rebooted. The watchOS wearable can be also unjammed with the help of a two-button combination. Simultaneously press the Digital Crown and the Side Button. Hold this gesture for up to 10 seconds and the Apple Watch restart is guaranteed.

Fact: Another con coming with the redesigned iPhone 7 Home button is the fact that the toggle doesn’t work anymore with gloves. The rest of the screen does, but that’s pretty much useless because you can’t unlock it without your fingerprint or without pressuring the Home button to unveil the Passcode request screen. Remember that Slide to Unlock doesn’t work anymore!