How To Force Restart The Apple Watch 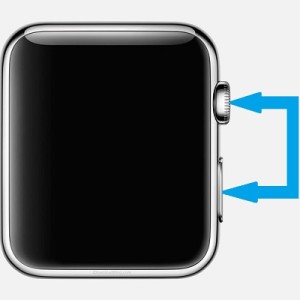 We’ve just put our hands on Apple’s first generation smartwatch and most gadget enthusiasts agree that the Watch doesn’t look, nor act, as a first edition device. The Cupertino-based company has managed to pull of another impressive gadget. However, we have to be aware that watch OS is at it’s inaugural release and there might arise moments when the software will suffer a few glitches.

Expect that the first wave of third party apps, could not work as fluent or precise as wished, and allow developers to accustom themselves with the WatchKit, now that the wearable is up for grabs. If at some point your Apple Watch ceases to properly function, jams or you suspect a software problem, try restarting it to solve the issue. The device can be rebooted by turning it off and powering it back on.

2 Ways To Restart The Apple Watch
Whenever a software problem occurs and your device doesn’t accept any command, your only option is to reboot it: 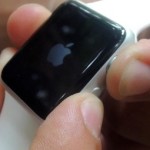 1. Normal Restart – Press and hold the side button until the Power sliders appear. Now, drag Power Off to the right and the smartwatch will shutdown. Wait a few seconds and turn the gadget back On, by pressing the side button again, until the Apple logo is displayed.
2. Force Restart – If the software glitch is serious, your wearable might not react to the side button press and you won’t be able to turn it off. A force restart is your only option in this case. Press and hold the Digital Crown and the side button in the same time until Apple’s logo appears. This might take at least 10 seconds, so be careful and don’t release the hold to soon! If you do, you might end-up with a print screen.

How To Troubleshoot The Watch
1. Delete or Disable – If you perform one of the above restarting methods and the same software problem occurs, notice if it’s caused by the same app or feature. If it does, delete the third party app and use it again only if an App Store update becomes available. If a built-in feature is the source of the problem, try to disable it and use your wearable without it, at least until the next watch OS update.
2. Restart iPhone Too – If your Watch jams again but you can’t identify the source of the problem, reboot the paired iPhone, together with the smartwatch. Power off your iPhone by pressing the Sleep/Wake button until the Shutdown slider shows up. Drag it towards the right. Wait for a few seconds and turn your iOS device back on, by actioning the Sleep/Wake button again, until Apple’s logo is shown on the screen. 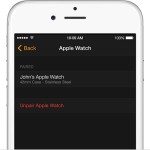 3. Reset Apple Watch – If you restart your Watch and iPhone and the wrist gadget is still malfunctioning, you have to reset it. Unpair your wrist gadget and pair it back on to your iPhone, in a final attempt to solve the issue! Open the Apple Watch app on your smartphone and navigate to My Watch -> Apple Watch. Now tap Unpair Apple Watch and confirm your selection. Your iOS device will first create a backup of your smartwatch and then proceed with deleting all the content and data on your Watch. After that you can pair your Apple Watch again.

Tip: You can reset your Apple Watch without the help of your smartphone. Flick your wrist and navigate to Settings -> General -> Reset -> Erase all Content and Settings. Now your wearable has its initial factory settings.