7 Specs That Define The iPhone 7 and iPhone 7 Plus 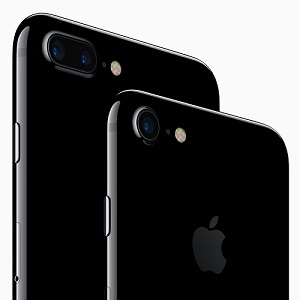 Yes, there is no doubt that the iPhone 7 and iPhone 7 Plus are the best iPhones currently created! However, let’s check their main features and see how much an upgrade from an older iPhone model is justified. If you plan to buy your first ever iOS smartphone and wonder if you should go for the iPhone 7, you’re not taking too many chances. iPhones and iOS are famous for their reliability, stability and performance!

In case you’re wondering if you should grab the 7 or wait for next year’s model, continue reading and find out 7 of the most important features chosen by Apple’s marketing department, for promoting the iPhone 7, at the September 7 event, hosted at the Bill Graham Civic Auditorium. Tackling these key functions allows us to easily differentiate the new iPhones from their predecessors. I won’t draw a conclusion. Each of you should decide if and upgrade is worth it or not, depending on your own budget and preferences.

iPhone 7 and iPhone 7 Plus Features 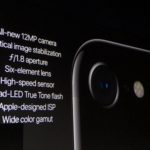 1. Cameras (12 MP | 7MP)
First up on Apple’s list is the Camera. Although the megapixel count (12) remains the same, the Cupertino-manufacturer advertises a completely new camera on the iPhone 7 which includes: optical image stabilization, a six-element lens to improve the performance in low light, an f/1.8 aperture lens and a wide color capture option that makes photos more vibrant. The Flash has also been improved. It now comes with a quad-LED (four led) True Tone combo to make nighttime photography even more pleasant.
Fact: The front facing camera has also been upgraded. The iPhone 7 and 7 Plus come with a 7-megapixel FaceTime HD camera that also uses wide color capture. The Retina flash is present to ensure natural-looking low light photos.

2. Display (4.7″ Retina HD Display)
Although the same in size and ppi the iPhone 7 screen is 25% more brighter compared to the display of its predecessor. The Wide color gamut feature brings cinema-like colors on your smartphone. Apple advertises the iPhone’s color management systems as the best of the industry.
The screen resolution remains 1337 x 750, delivering 326 ppi, the same as the iPhone 6S.

3. New Home Button (Responsive, Pressure Sensitive)
The iPhone 6S came with a new Touch ID sensor. The iPhone 7 comes with an entirely new home button that is both responsive and pressure sensitive. It’s an immobile button, that doesn’t sink in when pressed and is connected to the phone’s Taptic engine. This is surly one step further towards the complete elimination of the Home button.
Tip: The iOS 10 Raise to Wake combined with Raise Finger to Unlock feature make iPhone unlocking a seamless experience.

4. Water and Dust Resistant (IP 67)
A pleasant surprise is the fact that you can finally shower with your iPhone without breaking it. IP 67 is the water resistance rating received by the iPhone 7 and iPhone 7 Plus. The smartphones are also dust resistant. One questions remains if this new feature is also covering the lightning port. Past models saw frequent dust and lint accumulations that hindered connectivity and proper charging.

5. Stereo Speakers (2x Louder)
As anticipated in our previous articles the iPhone 7 is built without a headphone jack. The free space resulting from this cut has been used to accommodate another speaker, making the iOS 10 smartphone, 2x times louder as the iPhone 6S for music listening, video watching or performing speakerphone calls.

6. A10 Fusion Chip (50% Faster)
Is two times faster as the iPhone 6, while eating up less battery as its predecessors. This is achieved with the help of a clever architecture that allows your smartphone to change up a gear when it needs it and lower the power consumption when there is less processing needed!

7. LTE Advanced (Up to 450 Mpbs) (50% Faster)
LTE speeds are up to 3x times faster compared to the iPhone 6 and 50% quicker as the 6S models. There are also up to 25 bands available making your roaming experience one of the best. More, you can now answer to WhatsApp and Facebook calls like you do with any regular call!

Fact: iOS 10, the firmware, that comes with the iPhone 7 is available for the majority of older Apple smartphones starting with September 13!