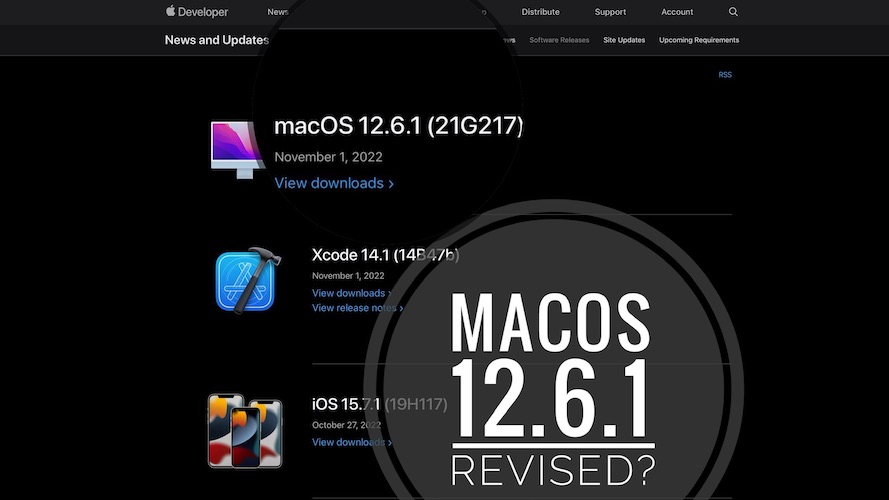 Apple seems to have released a revised version of the macOS Monterey 12.6.1 update. Its Developer News & Updates section lists macOS 12.6.1 with build number 21G217 as a new software update seeded on November 1st alongside with Xcode 14.1 (14B47b).

Fact: That’s strange because this version has been initially seeded on October 24, as confirmed by Apple’s security updates section! 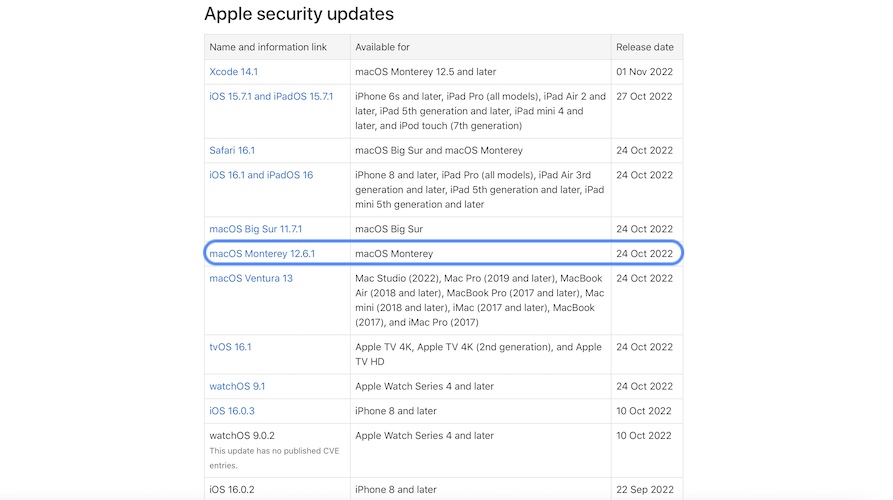 Are you running macOS Monterey 12.6.1 on your Mac? Go to System Preferences -> Software Update and let us know, in the comments, if you’re seeing another macOS 12.6.1?

You most likely won’t see another update because the supposedly revised version comes with the same build number as the initial one released on October 24.

However, we’ve received a couple of reports from Mac user complaining about not being able to update to macOS 12.6.1 including or encountering problems right after the update:
– Roger:

“12.6.1 appears to download, but after the required time, the install had 5 minutes to go, and then after it completed. But it never did install. It’s still listed in the Updates as an update to install.”

“I upgraded my imac from 12,6 Monterey to 12.6.1. It went back to the beginning of the download 6 or 7 times than finally finished after about 1 hour.”

“I updated to 12.6.1. I let the system download and install overnight. The next morning I discovered that my family and friends videos and many others had been deleted. (Not in trash).”

So, if your Mac is still running a Monterey version prior to 12.6.1 and you had problems updating before, you can try again now.

I recommend you to restart your computer before requesting the update again in System Preferences. Does it work now?

What’s your feedback about this macOS version. Do you have any problems or bugs to report? Share them in the comments. We’re here to help!

Related: Thinking about updating to macOS Ventura? Here are the current issues reported for macOS 13.0 along with available workarounds!