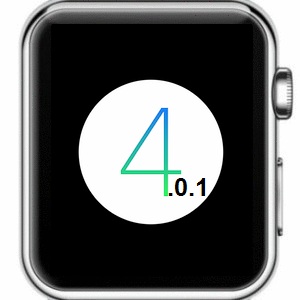 Apple has just seeded its first update for the 4th watchOS generation. watchOS 4.0.1 is only available for Apple Watch Series 3 models and comes to fix the LTE connectivity bug reported ever since the launch of the 2017 Apple smartwatch. This software update comes two weeks after the public watchOS 4 release and one week after the developer beta testing campaign of watchOS 4.1 debuted.

watchOS 4.0.1 can be downloaded over-the-air via the Apple Watch app available on the paired iPhone. Do mind, that the Apple smartphone has to run iOS 11 or later and the wrist-worn device must pack at least 50% battery juice, be connected to its charger and in range with the paired iPhone. Open the Apple Watch app and browse for General -> Software Update in the My Watch tab. Tap on Download and Install and wait until the new firmware is deployed on your Series 3 model! 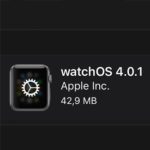 watchOS 4.0.1 Release Notes
According to the Software Update screen the upgrade package is around 43 MB large and fixes: “issues that in rare cases were causing Apple Watch to join unauthenticated (captive) Wi-Fi networks, such as those found in public places like coffee shops and hotels, which direct the user to a web page before the network can be accessed.”
Conclusion: The LTE connectivity issue experienced by Apple Watch Series 3 owners, in some situations, were caused by a Wi-Fi bug that allowed the wrist-worn devices to connect to free Wi-Fi hotspots that required interstitial agreement pages to be completed before the free access. Hence those pages were impossible to be displayed on the Apple Watch the gadget remained captive in these idle Wi-Fi connections and could not switch for LTE Internet!

Tip: Check out the watchOS 4 user guide for more info about the Apple Watch Series 3!