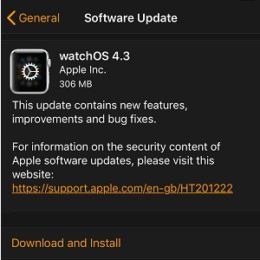 watchOS 4.3 is the most recent public Apple Watch Operating System available for download and perhaps the last major update before the official release of the 5th generation? watchOS 5 has already been introduced to the world during WWDC 2018 and is in its early beta testing stages. However, the 2015 watchOS is the first… 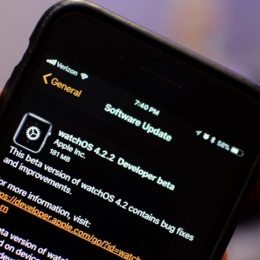 Yesterday was a busy day for Apple’s servers. Along the roll out of another minor iOS update labeled 11.2.1, that includes fixes for the HomeKit remote sharing problem and the iPhone X and iPhone 8 Camera autofocus bug, the Cupertino-based tech giant also seeded iOS 11.2.5 Developer beta and watchOS 4.2.2 Developer beta. Both are… 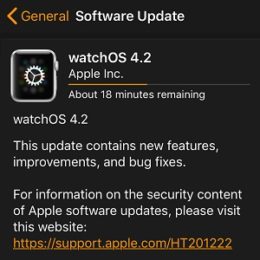 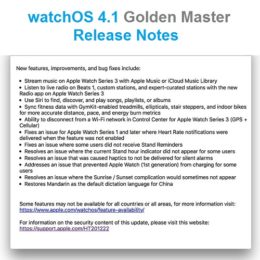 The first major update of the 4th watchOS generation is expected to be seeded by Apple any moment now. The Cupertino-based tech giant will roll out watchOS 4.1 along with iOS 11.1, tvOS 11.1 and macOS 10.13.1. Most of us expect the software update to become available just before or during the same day of… 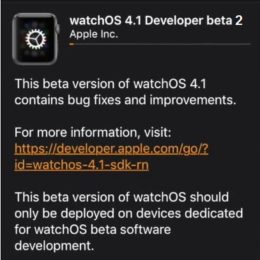 Apple has recently released the 2nd test version for the current watchOS version that’s being developed, known as 4.1. The inaugural beta, seeded two weeks ago, introduced a new built-in Radio app, a completely separate application from the Music one, which allows Apple Watch Series 3 owners to stream radio stations, on the move, with…

Read More
Tags:Apple Watch 3BetaDevelopersLTESoftware UpdatewatchOS 4
Previous Posts
Copyright © 2014 - 2023 iPhoneTricks.org
This website is not owned, licensed or affiliated with Apple Inc.
The content of this website is not supplied or reviewed by Apple Inc.
iPhone is a trademark of Apple Inc. For more info please read our Disclaimer.