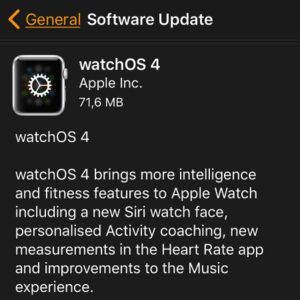 Along with the iOS 11 GM, Apple has also released the watchOS 4 Golden Master version, right after the iPhone X keynote. This is the actual operating system that gets pre-installed on the Apple Watch Series 3 and all other previous iterations sold after September 22. It’s currently available to Developers and Public Beta testers of iOS 11.

However, you can install it too, on your own Apple Watch, as long as your paired iPhone is running the iOS 11 GM. Else, you can wait until September 19 for the public release of both the 11th iOS generation as well as the 4th watchOS iteration. If you followed us this summer you already know a bunch of the new features included in watchOS 4 as we reviewed them during the beta testing phase. They include new Watch Faces, native Flashlight app, better Siri integration, Skiing workout tracking, manual phone number dialing to accommodate the new LTE functionality of the Apple Watch 3 and much more. 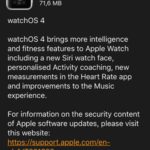 1. As mentioned above, to be able to install the watchOS 4 Golden Master version you have to update to iOS 11 GM on your iPhone as explained here.
2. Next, open the Apple Watch app on the paired iPhone and display the My Watch tab.
3. Browse for General -> Software Update and tap on Download & Install.
4. Provide iPhone Passcode, Agree with terms and wait until the watchOS 4 GM is deployed and installed on your smartwatch.
Fact: watchOS 4 is compatible with all Apple Watches ever sold!