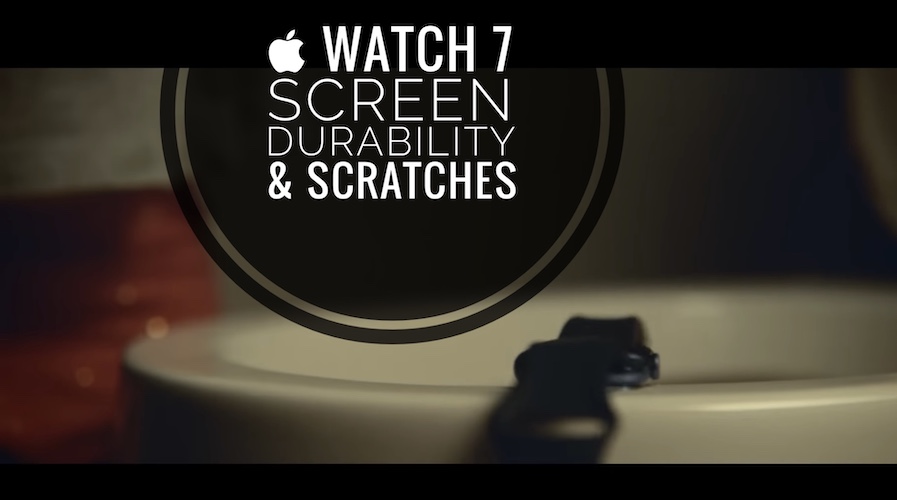 Apple is promoting the Apple Watch 7 screen durability with a recently released ad called ‘Hard Knocks’. In the 98-second-long video a number of scenarios are presented in which the Series 7 is exposed to various liquids and suffers shocks during physical impacts.

Some worth mentioning are a lady falling while ice skating, man diving into a pool from a considerable height, or swimming in the ocean, another man gets his wrist caught between the closing doors of a bus, while a squash player hits the apple watch directly in a glass wall!

You can play the commercial using the embedded YouTube video available here:

“The most durable Apple Watch ever”

is the main idea of the ad, that’s accompanied by the ‘Power of My Love’ track, by Jack White.

However, it’s fair to add that durability isn’t one and the same with scratch resistance! While Apple advertises that the Series 7 screen won’t break easily, it doesn’t also mean that it won’t scratch easy.

If you carefully watch the above add, you’ll notice that the watch isn’t coming in contact with any scratch causing materials. It’s immersed in liquids, hit by a cake, rubber doors, tennis ball, soccer ball and so on.

The hardest shocks seem to be performed during the ice skating fall, while the screen hits and glass wall or the watch falls from very small distance on to the ceramic edge of a toilet. None, of these surfaces are prone to inflicting scratches though! 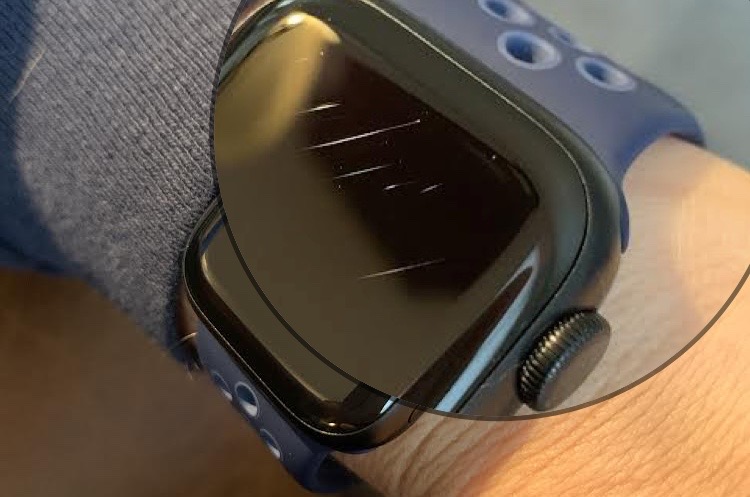 Apparently, the more durable glass is the more prone to scratches it becomes!

When purchasing an Apple Watch you should know that you’ll probably get the most durable screen on an Apple Watch ever, which means that it won’t shatter easily, but in the same time you’ll get one of the easiest scratching screens mounted on an AW!

Ever since the early days of the Apple Watch 7 we’ve received reports about the screen scratching very easy. Numerous complainst from experienced Apple Watch owners can be read on our dedicated AW 7 screen scratches easily post!

Conclusion: The Series 7 is a great smartwatch. However, if you can’t handle scratches, you should consider a screen protector from day 1. More details available here.

What do you prefer an Apple Watch with a screen that doesn’t break or one that doesn’t scratch so easy? Share your feedback in the comments!

Related: Apple Watch flickering green screen? Here is what you can do about it!