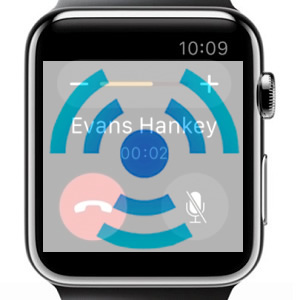 There is one thing that you should consider before buying the newly released Apple Watch. Health comes first, thus it’s wise to inform yourself about the SAR values of this wrist gadget. I’m talking about the rate, or the amount, of radio frequency absorbed by your body, when exposed to the smartwatch. Of course, that Apple’s wrist gadget complies with regulation, else it wouldn’t be allowed to reach the stores. But how much radiation does it spread, compared to the iPhone, for example?

With the Apple Watch being a brand new gadget, at its first generation, information about the Specific Absorption Rate, of its various models, isn’t found on too many websites. That’s why we inquired Apple.com for official figures about the RF (Radio Frequency) levels of its latest invention, the same way we did a few months ago, when we published the iPhone 6 and 6 Plus SAR values.

SAR Limits For Head and Wrist Exposure
Before we show you the figures, it’s important to know that SAR limits differ. Depending on the country or region that you live in, they can be averaged over 1 gram of tissue or over 10 grams of tissue. For example, in the US the regulator of allowed RF exposure level is the FCC (Federal Communications Community). The highest tolerated exposure is 1.6 watts per kilogram over 1 gram of tissue when used against the head and 4.0 watts per kilogram averaged over 10 grams of tissue when positioned on the wrist.

What Does “Averaged” Mean?
A different regulator, the European Union, averages both readings over 10 grams of tissue. This means that the radio frequency exposure is measured on a wider area (10 grams). However, the results for the head exposure, could be misleading because a concentrated radiation point could blend itself in the average. A spike that could be noticed while averaging a smaller area of (1 gram), for example, can skip unnoticed, if averaged on a surface 10 times as big.

Apple Watch SAR Ratings
Information about radio frequency exposure for the Apple Watch is available for wrist and head usage. These are the most common locations where the smartwatch is worn. The readings for different Watch models alternate only according to their size. A 38 mm Apple Watch has the same values for all three version: Sport, Watch and Edition. The same goes for the 42 mm size.

Apple Watch vs iPhone RF Exposure Values
Now here is how the smartwatch compares to its iOS companions:

Conclusions
1. 42 MM vs 38 MM
Tests reveal that all Apple Watch models find themselves comfortably within the safe range of the Specific Absorption Rate limits! The 38 mm models have higher values when your head is exposed. That’s explainable because same radio emitting hardware has to fit a smaller case, thus rising radiation levels. However, the 42 mm scored bigger ratings for the Wrist test.

Important:
1. All the above values are maximal figures. They were measured with Apple Watch or iPhone radios, set to the highest transmission levels. However, do mind that for Head exposure, you need at least a 10 mm distance between device and ear, in order not to exceed the official measurements. Wrist readings are obtained with contact, simulating real life usage, when Apple Watch touches the skin, to be able to read the user’s heart rate.

2. When you compare Watch and iPhone radio frequency exposure, do take in account that the wrist gadget is permanently in contact with your body (up to 18 hours a day), while the iPhone can be placed on your desk, table and stay away from your body, when you’re not on the move, significantly reducing exposure time.