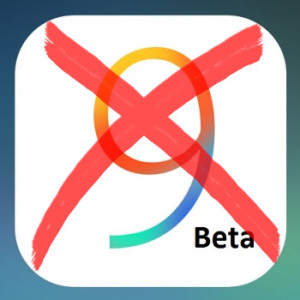 If your an iPhone power user you should already know that a first beta version, of the upcoming iOS 9 edition, has been released by Apple during WWDC 2015. The Cupertino-based company plans to launch its 9th generation of the mobile OS version this autumn, most likely during the event introducing the iPhone 6S and 6S Plus to the world. It would be a similar move as the one they performed last year when the iPhone 6 was unveiled and iOS 8 launched.

However, as it usually does, Apple will provide a series of betas to test iOS 9 before making it available to the general public. The first test version, released a few days ago, is available only for iOS developers. Or, at least it’s deemed only for those coding apps for iOS. That’s because, with the help of a simple trick, every iPhone or iPad user can install the iOS 9 beta on his device.

We at iPhoneTricks.org where among the first to install and run iOS 9 beta on our test devices and have already covered the most important enhancements and upgrades that will become available this fall. Along the positives, we could also fully experience the downsides coming with this early test version. After one week of daily toying with iOS 9 developers beta, we came up to an unanimous decision: iOS 9 will be an important leap for Apple, when it hits the Software Update app, this autumn. For now, we strongly advise you NOT to install the beta on your main device!

5 Reasons Not To Install iOS 9 Beta
Here are the main reasons why you shouldn’t use iOS 9 beta just yet:
1. Severe Battery Drainage
iOS 9 drains your battery twice as fast. That’s quite terrible because your iPhone doesn’t last a full day, when running this beta. The major power loss is explainable because Apple’s developers did not have enough time to optimize all the new features. Thus many unnecessary functions run in the background. This is clearly noticeable when you pick up the iPhone or iPad and feel that it’s a little warm. It’s the same overheating sensation felt after prolonged usage.
2. Frequent OS Crashes
iOS can suddenly crash and reboot. It happened to us several times already. At first sight it may seem out of the blue, but after a few repetitions you can notice that the crash is caused by an agglomeration of ongoing processes and various bugs.
3. App Problems
Many third party apps don’t function properly. Some jam often and need to be force restarted, if you wish to continue using them. Sometimes flaws occur even while using stock applications. There’s a general feeling that you can’t rely on your device when doing something crucial, because you can risk to miss capturing an important photo or completing a vital task, because of the numerous glitches.
4. New Features Acting Erratic
Upgrades like Proactive Search work inconsistently and doesn’t include all advertised features. Batteries is not always displayed in the Notification Center, even the widget is active and there are plenty of other examples.
5. Apple Watch Connection Problems
The link with a paired watchOS device is also problematic. Many apps from the wearable take forever to load info from the iPhone and some don’t even work at all. This leads to loss of time and increased Watch battery consumption.
Fact: Early betas are almost always this problematic. For sure the Public test version, which will be released on July 30th will be much more stable. It will be available for download to all Apple users that volunteer to test and contribute to the iOS 9 development. More info is available in Apple’s official Beta Program .