Listen To Millions Of Songs On Demand With Apple Music 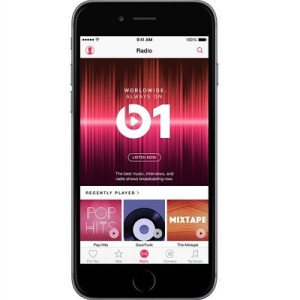 Another major announcement during the WWDC 2015 event was the unveiling of Apple Music, for all iOS users from around the world. This new music collection promises to be the greatest one that has ever been available. Apple aims to collect all music composed from around the globe and make it available for playback and offline download, in exchange for a monthly fee.

This means that you’ll be one tap away from your favorite song or an upcoming hit. The great news is that the service comes with a three-month-long free trial period. So, you can actually test Apple Music for free and see if it rises to your expectations, before opting for the recurring monthly memberships. Apple also launches a 24/7 airing radio station called Beats 1, that will be available for free via the Apple Music service. 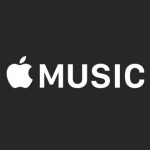 According to the Cupertinos tens of millions of iTunes songs will be available for playback with the Apple Music service. What’s more important is that Apple Music will also suggest you songs based on your current listening pattern. The more you listen to better the suggested songs will suit you. Apple advertises that its revolutionary music service is curated by important experts from each genre. They’ll help your iPhone or iPad to prompt you, every week, with new songs and albums. Activity specific playlists as well as gender oriented ones are also available!
Tens of thousands of music videos can be watched, ad-free if you’re an active Apple Music member!
Connect is a revolutionary Apple Music feature that allows artists to build strong bonds with their fans, by sharing behind-the-scenes photos or videos, a new remix or even the lyrics in-progress.

Another important part of Apple Music is the nonstop emitting Beats 1 radio station.
Listening to this new music channel is free for every iPhone, iPad or iPod owner, even if you’re not paying for the monthly membership.
Beats 1 will be aired live from New York, London and other important cities from around the world. Along past and future hits, it will also feature guest hosts, artist interviews as well as music news and culture info.

Siri and Apple Music
Starting with iOS 8.4 Siri gets upgraded and will be able to assist you with any Apple Music related request. Some popular commands that you can speak out are:
– “Play the greatest hist from September 1985!”; “Play [specific genre]’s Top 10”; “Play top songs from [year]!”;
– “After this song, play [song name].”; “Play more songs like this one.”;
– “Add the new [artist] album to my library”.

Apple Music Membership Plans
– This revolutionary service becomes available on June 30 in over 100 countries from around the world.
– You’ll need to run iOS 8.4 on your iPhone or iPad, as well as upgrade to the latest iTunes version to use the service on a Mac or PC. A positive is that you can use the service across all Apple devices, including the Watch.
– An Apple Music membership costs $9.99/month, but you can get a better deal if you use the service as a family, of up to six members, for a fee of $14.99/month.
Fact: Apple Music will be available even on Android, starting with this fall.