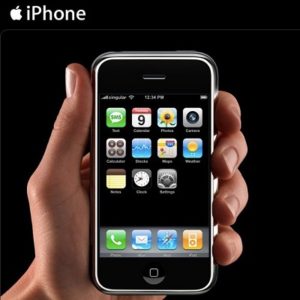 The original iPhone promo from 2007 keynote.

Exactly ten years ago, Steve Jobs, introduced the iPhone to the world. The Apple keynote that entered the history books was held in San Francisco, on January 9, during the Macworld 2007 exhibition. The iOS device revolutionized the mobile phone technology because it was the first device that combined iPod functionality, with cellular phone capabilities and Internet connectivity. On top of that, it proposed touch controls, all with the help of the revolutionary new software, labeled as iOS.

During the last decade the original iPhone received over a dozen iterations. Apple improved the device each year, however major design changes have been provided every two years. Major revamps have received an increased denomination digit, while facelift-editions have been labeled with as “S” releases. The original device was called iPhone. After the release of the iPhone 3G it was refereed as the initial iPhone or the iPhone 2G. Read on and check the entire iPhone timeline history, along with all iOS mobile phones released by Apple. 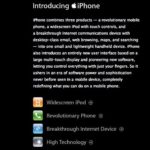 Fact: The most memorable iPhone releases include the original iPhone, the iPhone 4, iPhone 5, and iPhone 6. Although it did not bring a redesign many consider the iPhone 5S as being the best smartphone created by Apple in terms of durability and design. That’s why the Cupertino-based tech giant released an iPhone SE version that molded the looks of the 5S and added the hardware of the 6S model.

What’s Next?
Rumors state that Apple is working on the iPhone 8 for the 2017 anniversary release. This would break their usual pattern of releasing an S-version every 2 years. Considering though that the iPhone 7 and 7 Plus iterations have been built on a 3-year old design introduced by the iPhone 6, we can expect an important revamp for this fall!

Fact: No matter if you’re an iOS fan or not, it’s largely admitted that the iPhone has revolutionized the mobile phone market. Android devices developed by Samsung and Google have inspired themselves from Apple’s initial creation! The rivalry between the manufacturers has brought the smartphone industry to unprecedented heights and there are no signs of slowing down! What’s your favorite iPhone model? Comment and share your thought!

One Response to Happy 10th iPhone Anniversary! A Decade Of History!