iPhone 8 – The 10th Anniversary iPhone – What To Expect? 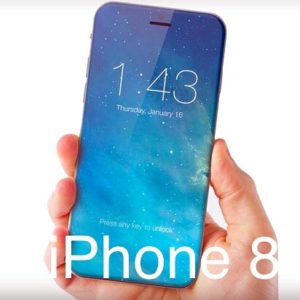 Although we’re only a month into the official launch of the iPhone 7 and iPhone 7 Plus flagships, there are already a lot of rumors and discussions about next year’s iPhone flaring up. The 10th iPhone anniversary might be the triggering factor of this early hype, about the 2017 iPhone release. People tend to expect something special from Apple to mark a decade since the first iPhone was introduced to the world, by the late Steve Jobs.

The upgrades that come with the iPhone 7, make the device look more like a half-cycle smartphone and not a new iteration. That’s why the iPhone 7, could be easily labeled as ‘iPhone 6SS’. It has an identical form factor with the iPhone 6 and the iPhone 6S, as well as identical screen size and resolution. The only major improvements are the new solid-state responsive Home button, the water and dust resistance feature, stereo speakers (achieved in exchange of dropping the headphonek jack) and the A10 chip that makes the iPhone 7 and incredibly powerful smartphone.

iPhone 7S or iPhone 8?
All this hint that Apple didn’t go full throttle with the 2016 iPhone level and will focus on a technology leap to properly mark their 10th smartphone generation. The habit leads us to anticipate and expect the iPhone 7S to be released in September 2017. However, considering the facts mentioned above, we have all the reasons to believe that the Cupertino-based tech giant will make an exception and present the iPhone 8 to the world. In fact, it seems that the A11 chip and the new OLED display are already designed and ready for production.
Fact: One more reason for the iPhone 8 nomination is that Apple wouldn’t want to fall behind Samsung. Although the Cupertinos were smartphone pioneers, their half-cycle progress has allowed Samsung to catch up. We now have the iPhone 7 from Apple and the Galaxy S7 from their South Korean counterpart.

Conclusion: In our opinion the iPhone 8 will break patterns, starting with its naming and continuing with release date and most important improvements. This why I thing that Apple will either pick Friday, September 8 or Sunday, September 10 to present their anniversary iPhone. The first choice could match the name, while the second the anniversary.

iOS 11 or some other iteration?
As usual, the iPhone 8 will come with a new iOS version. Patterns hint iOS 11, but could the special occasion lead Apple to a special version name? This looks quite far fetched at the moment. We will know for sure in June when the first beta for the next iOS will be presented at WWDC17. However, we’ll update this page as soon as new info becomes available.

iPhone 8 New Features and Upgrades
This is perhaps the most interesting part of the article. Below you can find a list of features expected to be included in the 10th generation iPhone. They are discussed on niche-specific forums and social media websites:
– A11 chip this performance upgrade is no surprise. Every year Apple has managed to come up with powerful and faster chips. A11 will be produced by Intel and will surly make the iPhone 8 the strongest, performance-wise, handset ever created by Apple.
– OLED/AMOLED display: New OLED displays are also an almost certain upgrade for the iPhone 8. Apple will most likely partner with Samsung an equip the 10th iPhone generation with a more energy efficient and higher quality display. Although the iPhone 7 LCD screen is really impressive, it seems that it’s the end of line for LCD technology on iPhones.
– Wireless charging A feature that is available since a couple of years, on the smartphones designed by their arch rivals has to reach iPhones in 2017.
– No home button: Some rumors claim that Apple will ditch the Home button in 2017. I don’t think that this will happen though because they just changed the Home button in 2016. Yes, the company has received a patent this year, for embedding the Home button in the Touch Screen, but it’s far fetched to consider that the change will come that soon. In my opinion the Home button will be removed with the iPhone 8S iteration.
– All-glass design: perhaps the most impressive change is the fact that Apple plans to go for a major design revamp with glass being the main material. We’ll update this section with more info when available.
– To be updated: