How To Fix iPhone XR With Black Screen Of Death 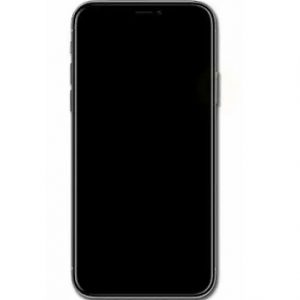 This post is generated by a recent event that occurred to one of our iPhone models.The XR stopped working all of a sudden and displayed a black screen as if the device shutdown out of the blue. The iPhone XR did not react to the Raise to Wake gesture, to Side Button presses, nor to any other taps on the screen. I have to mention that the battery levels were high (around 80%) before this happened.

The iPhone seemed turned off, and I started considering a shortcut in the battery because it seemed totally dead, as if I was holding a brick in my hand. However, I found out later that it wasn’t the case because I left it to rest for a while and when I picked it up to see if it got resurrected, the brick was warm which means that some kind of loop was definitely ongoing in the background. This made me apply a few tips to see if I can bring back the iPhone XR to normal working conditions.

Important: Please apply the following tips only to an iPhone that hasn’t suffered from any liquid or mechanical shock damage. All tips are intended to fix an iOS device that has firmware bug or any other software glitch. Hardware problems require a visit to a smartphone service shop!

How To Troubleshoot iPhone XR With Black Screen

1. Power Source
First of all if you aren’t sure about the Battery status, plug-in your device to a power source and check if the battery isn’t actually completely depleted. In my case although I knew that the levels were around 80% I, plugged the device into the wall outlet, without any success though. No charging, the iPhone XR was unresponsive.
2. Shutdown and Power Back On
Secondly, I tried to shutdown the device. I pressed and held the Side Button together with one of the Volume buttons. No success, The “slide to power off” screen did not show up, the display remained black.
3. Hard Reset iPhone XR
Next, I attempted to hard reset the iOS device via the following combo:
Press and quickly release the Volume Up button. -> Press and quickly release the Volume Down button -> Press and hold the Side button until you see the Apple logo. Nothing happened, still black screen, still bricked.
4. Recovery Mode Restore

I did not end up performing an iPhone XR restore in Recovery Mode but I will mention this step if the solution that was useful in my case won’t solve your problem too. When the iPhone needs a Recovery Mode restore it means that it has a major operating system problem. Damaged system files are repaired while the device is in the Recovery Mode. To be able to perform this fix you need a trusted computer running Windows or Mac, which runs the latest iTunes version available. Of course, that the ideal case is to back up all important files, but if the black screen of death issue takes you by surprise, you most likely won’t have a recent backup available. Nevertheless, here is how a Recovery Mode restore works:
-> Connect iPhone to computer via Lightning cable.
-> Press and quickly release the Volume Up button -> Press and quickly release the Volume Down button -> Press & hold the Side button until the Apple logo appears. If the apple logo is on your screen, you can release and allow the iPhone XR to boot up normally. If the screen gets black again, repeat the procedure and hold the Side button pressed even after the Apple logo appears on the screen to enter the Recovery Mode. -> Release the Side button only when you see the Connect to iTunes logo on the screen.
-> Perform the restore. Data on your iPhone will be whipped out and your most recent backup will be used for restoring. If you don’t have a backup the iPhone will be set up as new! 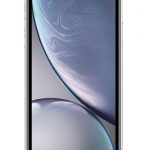 This was the first time ever since my almost 10 years of owning an iPhone, when I was confronted with the Black Screen of death issue. It happened with a 256 GB iPhone XR. I had just worked on the device right before this happened. 5 minutes later I tried to pick up the smartphone to set up the alarm for next morning and the device was dead. At first I gave it sometime to see if it will automatically reboot in the background. I finished the evening preparations and before going to bed I had another attempt. Nothing. So, I started applying the steps described above. At first I tried to shut down the device. Then to power it back on. I applied the force restart combo. Still nothing. Then I repeated the same steps with the iPhone plugged-in, still nothing. By now I was already thinking about a Recovery Mode Restore. However, with all data loss risks involved I tried on more time to shutdown the device.
Solution: This time I pressed the Side Button together with the Volume Up button. Although the display remained black and there was still no “slide to power off” option, I performed the slide as if it was there. I waited for a couple of seconds then pressed and held the Side Button and miraculously the Apple logo appeared and the iPhone XR booted up normally! Battery percentage levels where at 56% down from +80% in only one hour of black screen!
Tip: The first thing that I did was to update from iOS 12.3.1 to the latest software update available at the moment, iOS 12.4!

The most important thing that you can do in order to keep your iPhone away from shutting down suddenly or becoming unresponsive is to keep the iOS version up to date, especially if you own a new model!
Secondly make sure that you have updated backups of your device!

Related: You can also get a black screen in the iPhone Camera app. Learn how to fix it!