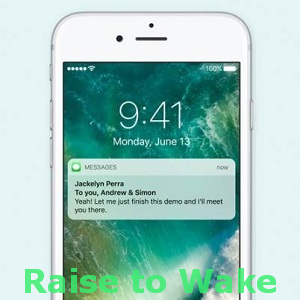 iOS 10 Raise to Wake Up iPhone

One of the new features that you’ll surly love with iOS 10 is called Raise to Wake and has the function to light up the display of your iPhone whenever you pick it out of your pocket, lift it from a desk, or any other similar surface. This means that you can read missed notifications without needing to press any button in order to flare up the display. This way you save precious seconds every time you interact with your phone. The option is common to you if you’re and Apple Watch owner, because the smartwatch acts the same when you raise your wrist.

More, you are sure not to miss any lock screen notifications, especially if you’re an iPhone 6s and 6s Plus owner. That’s because these devices, as well as the upcoming iPhone 7 and iPhone 7 Plus are equipped with the second generation Touch ID sensor, which is known to be very sensible. Many users complain that their smartphone unlocks too fast, before they even get the chance to read the notifications, when they press the home button to light up the screen. Using the Sleep/Wake button instead is an out of the way solution.

How To Raise To Wake

This is not the first Raise to… feature provided by Apple. iOS 8 came with Raise to Listen in order to make audio message playback more easier. Even before it, Raise to Speak was used by Apple to allow users to call Siri, the virtual assistant, in order to speak out voice commands. However, iOS 8 introduced Hey Siri to replace the function.
Raise to Wake should work the same way the iPhone’s display sleeps and wakes, while you hold or remove your iPhone from the ear in the middle of a call. Not sure if you ever noticed, but if you are talking and are holding the iOS device next to your ear, the display sleeps in order to save battery. If you remove it the screen lights up instantly. This is achieved with the help of the ambient light sensor available above the iPhone’s display. A combination of this sensor with the proximity one can successfully achieve the Raise to Wake functionality. 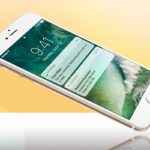 Raise to Wake is currently available only with iOS 10. The 10th generation iPhone OS is still in its beta testing phase, so you can only enjoy this feature if you become an iOS tester. More, you do have to know that because of some unknown reasons Apple has currently decided to limit the Raise to Wake availability to the iPhone 6s, 6s Plus and the iPhone SE. There doesn’t seem to be any logical limitation from the hardware point of view. We first thought that they would limit it to devices owning the second generation Touch ID sensor, in order to solve the notification reading problem mentioned above. However, the iPhone SE runs with initial Touch ID and is Raise to Wake compatible. One other limiting factor could be 3D Touch. But again, the iPhone 6s and 6s Plus are equipped with and while the hardware is missing from the iPhone SE.
The only common hardware between the three models that could restrict Raise to Wake availability is the M9 co-processor!

How To Disable Raise to Wake 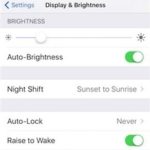 This feature is enabled by default, however as with any iOS feature, Raise to Wake can be disabled from the Settings menu. So, if the option doesn’t suit you browse: Settings -> Display & Brightness -> Raise to Wake. Toggle the knob to edit the state of this setting.

Fact: It’s uncertain yet if other iPhone models can receive Raise to Wake compatibility in the future. However, iOS 10 is still beta tested and things could change until the official release date, somewhere in mid September. We will keep a close eye on this. Stay in touch!