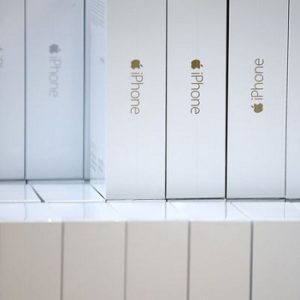 Here is a great tip for all you Apple fans that make a habit of purchasing used iPhone units. Did you know that you can find two types of iPhones on the second-hand market? These can be Retail or Refurbished units. Both of them are of course manufactured by Apple. The retail ones are those that you buy directly from the shelves or online as a new devices, while the refurbished units are usually offered by Apple as replacement models. Whenever an iPhone owner visits a Genius Bar and his smartphone has a manufacturing problem, the device is swapped with a refurbished one. The traded device is also revamped by Apple and becomes reconditioned too.

Rebuild iOS devices are functioning flawless, the only difference with a retail unit is that the rehabilitated one has been used before either as a demo version, or by another owner and has been reconditioned to act and feel as a new iPhone. This means that although the faulty parts have been replaced the rest of the phone has a certain usage degree that could make the unit vulnerable in the long term. Apple is fair an differentiates between the two types by providing an indicator, squeezed in the iPhone’s model name that can help you recognize if the unit is retail or refurbished. 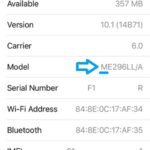 No matter what iPhone generation you own, your iOS device comes with a specific Model number that starts with either the letter “M” or “N”. All Apple smartphones beginning with letter M are retail units, while those marked with an N are refurbished.
The quickest way to check the iPhone model number is by opening the Settings app, available on the Home Screen. Next, browse for General -> About and scroll for Model name. For example a retail iPhone 5S could return ME296LL/A, while a refurbished iPhone 6 might show a NG482ZD/A model number. 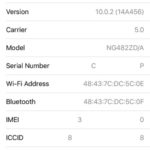 Tip: One other way to tell if the iPhone is refurbished or not is by checking out its box. Refurbished devices are shipped or handed out in a little white box along with no other accessory, while new devices are accompanied by the traditional retail box (btw the model number is also imprinted on the box). So, if you buy a second-hand iPhone and you detect that it’s reconditioned check its accessories. They might have an increased worn out grade.

Fact: Yes, it is possible to receive a revamped iPhone even in the first few days after the launch of a new generation. We had cases of readers reporting that they got an N-iPhone 7 model days after the flagships was launched. That’s because Apple doesn’t flag only used iPhones that are reconditioned as refurbished, but also new devices, that never reached the hands of an user, but come with manufacturing flaws which need specific part replacement.