How To Play Super Mario Run On iPhone And iPad 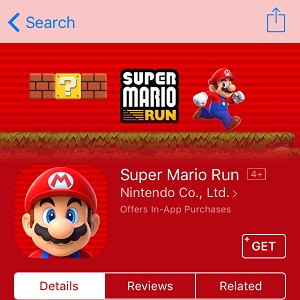 For sure, the most expected App Store event, scheduled for the final part of 2016, is the release of Super Mario Run! Nintendo managed to create a Pokemon GO-like type of hype around their legendary runner. The app has just been released, a few hours ago, and there is a huge interest pilling up around it. Join the community and download Super Mario Run on your iPhone or iPad. The app is free of charge! However it requires you to perform an in-app purchase if you want to gain access to all 6 Worlds that can be explored by Mario, Luigi and their friends.

Super Mario Run for iOS comes with an easy gameplay. You only have to control Mario’s jumps. The running and even small obstacle avoiding is performed automatically. However, the numerous types of jumps do require a small learning curve to master. You’ll have enough free practice time while exploring the first World. Free play is available for levels 1-1, 1-2, 1-3 and a part of 1-4 (the last level from World 1). To extend your fun you have to be ready to spend $9.99 and unlock 5 more worlds, each providing 4 levels! 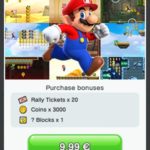 1. Grab the game:
First of all you have to download and install the software on your iOS device, the same way you do with any other App Store app. Hit this official download link and the Super Mario Run App Store listing will be displayed on your iPhone or iPad. Tap ‘Get’ followed by ‘Install’ and let your smartphone do its job.
After the installation is completed tap ‘Open’ and Super Mario Run loads up on your device.
Fact: Super Mario Run requires permanent Internet connectivity while playing. Make sure that you’re near a Wi-Fi hotspot or that you have enough Mobile Data bandwidth left 90to avoid extra carrier charges.

2. Configure game
The first time you open Super Mario Run after installing, you have to configure the game. First of all you’re asked to provide your country or region. Next, you have to link your Nintendo account to be able check some extra features and have your progress saved and available for restoration if needed.
If you don’t own a Nintendo account you can open one on the spot by filling up a form. You can also connect with your Google, Facebook and Twitter credentials.
Fact: Last but not least you have to acknowledge the user agreement and the game’s privacy policy.

3. Check the Tutorial
Now, you can start learning how to control Mario, Luigi or any other character that you have to lead during your explorations of the 6 fantasy worlds. You’ll soon find out that Mario runs on his own. This looks and feels like the natural thing to do. But are you aware that the game’s hero is also able to ‘vault’ (roll) over small objects.
Super Mario Run is easily playable with a single hand. Your only mission is to tap the display whenever Mario needs to jump. Control the amplitude of the leap by pressing and holding the screen. The more you keep your finger pressed the higher Mario jumps. You can also achieve various jumping combos if you double tap the screen, or instruct Mario to jump while he’s on top of a life-threatening object. 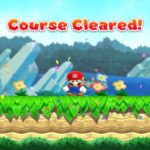 4. Save Peach
After you complete the above mentioned tutorial you’ll start you Super Mario Run adventure with the goal to free up princess Peach. In Mario World no.1 she has been abducted by Bowser and is held hidden in his castle. Can you rescue her?
Each level awards you three lives. Mario can lose his physical integrity if you mistime jumps and fall into a ravine or accidentally leap in the mouth of the carnivore eating plant.