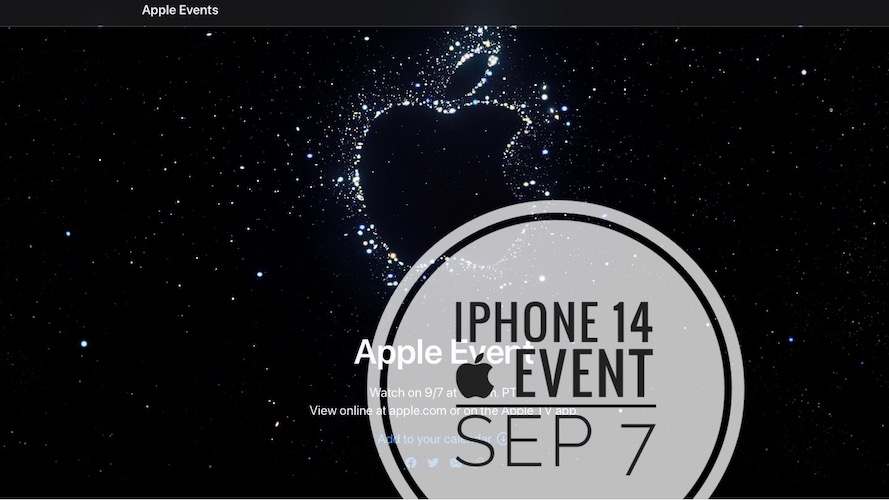 The iPhone 14 Apple event has been just announced for September 7, 2022. The special event is is named Far Out and will most likely unveil the new iPhone 14 lineup as well as the upcoming Apple Watch Series 8 models.

The show starts at 10am PT and will be available live online on Apple.com, the Apple TV app and on Apple’s official YouTube channel.

The event is hosted at the Steve Jobs Theater, from the Apple Park campus in Cupertino, California. Apple hasn’t confirmed if it will be aired live or if we will see pre-recorded videos, as it’s been the case with the company’s pandemic keynotes.

Although the keynote is nicknamed ‘Far Out’ it’s surly more commonly referred as the iPhone 14 Apple event.

Use this official Apple YouTube video to watch the iPhone 14 keynote:

Tip: Tap on Watch on YouTube to see when the event starts in your own timezone and click the ‘Notify Me’ bell to setup a notification, for when the event is scheduled to start! 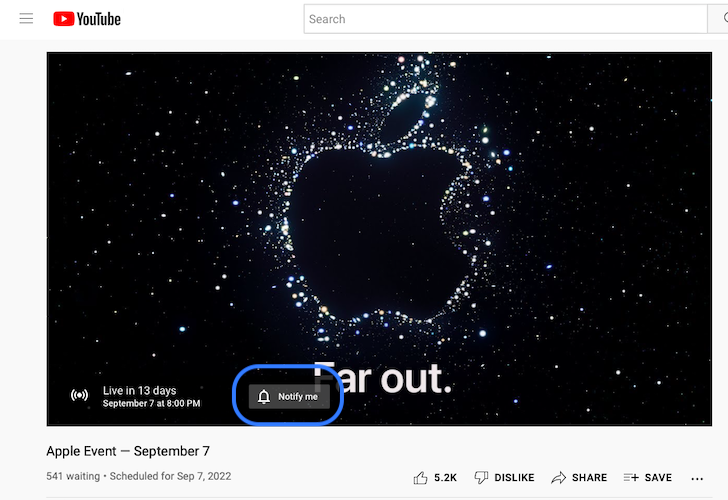 Apple doesn’t provide a too many details about upcoming keynotes. However, based on the most recent leaks and rumors we should expected four new iPhone models:

The Series 8 watch should be also unveiled during the ‘Far Out’ Apple event.

Apple could also present a high-end Apple Watch 8 Pro to match the iPhone 14 Pro models. It could feature a new design and more robust display and overall build to fit the needs of athletes.

Do you plan to watch the September 7 Apple Event keynote? What are your expectations? Share your feedback in the comments!

Related: Not sure what to expect from the September 7 Apple Event. Here is a full replay of the iPhone 13 keynote.