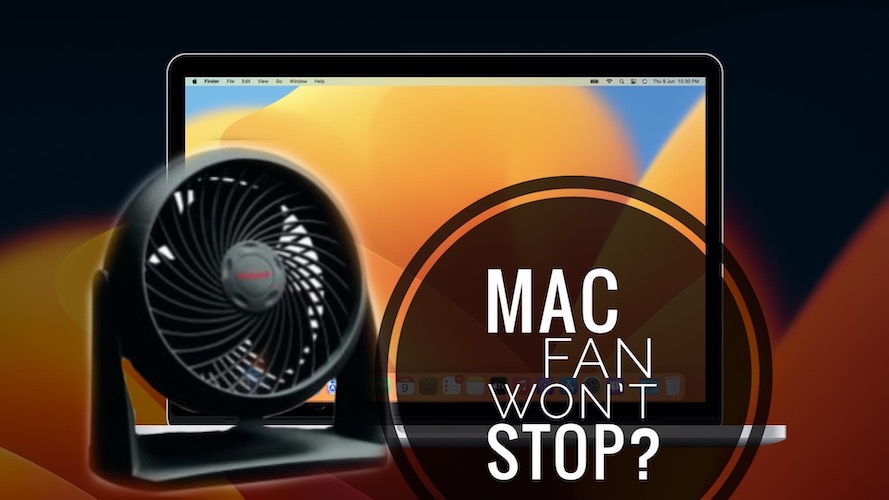 Macbook fan won’t turn off after macOS Ventura update? The fan doesn’t stop running even when computer is in idle mode? This is a common issue that flared up during the beta testing stages. Apparently, it’s caused by the powerd process!

This problem has been reported by Lukeshaw in the comments of our macOS Ventura PB 3 review page:

“Fan spinning without stopping after this update! As if the Macbook performs complicated tasks all the time, even when it’s idle!”

Apparently the issue is caused by the powerd process that’s glitching out because of the new Send email later feature, available in the stock Mail app.

To convince yourself press cmd+Space bar to bring up the Spotlight search and open Activity Monitor. In the CPU tab, is the powerd process.

If that’s the case, perform the following troubleshooting sequence:

Have you managed to stop MacBook fan from running continuously, even when computer is in idle mode? Do you have a better solution? Share it in the comments.

Important: Other process, might also cause your Mac to work full time and require the fan to spin without stopping. Let us know if you identify a different cause for this behavior.

Related: Other macOS Ventura issues reported in the early days are:
– Mac WiFi not working after macOS 13 update. Here is how to fix it.
– New System Settings app glitching out. Here are more details.