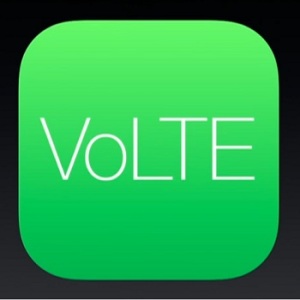 If you haven’t upgraded to the latest Apple mobile flagships, here is one more reason to do it! The new iPhone 6 and 6 Plus include Voice over LTE (VoLTE) support. This means that you can surf the web via carrier data connection, while engaged in a voice call. Until now this wasn’t possible. Cellular data connection would automatically enter standby during an ongoing voice call.

This flaw was especially experienced by US Verizon users and many other iPhone holders, that where subscribed to carriers which didn’t provide the VoLTE feature.

The iPhone 6 and its bigger brother the 6 Plus are now the first mobile Apple devices that support Voice over LTE. 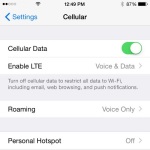 How To Enable VoLTE
To be able to surf the web while using cellular data and perform a voice call, in the same time, you have to tap Settings and enter the Cellular menu.
Now make sure that the Cellular Data knob is ON and that LTE is enabled. The LTE feature has to be set on Voice & Data.
Do note that LTE is not available in all countries. It’s counterpart amongst other carriers is the 4G connection type. 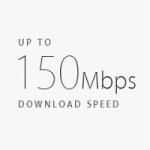 With up to 20 LTE bands the iPhone 6 models are the smartphones with the highest number of very fast Internet bands in the world, bettering the record held by the iPhone 5s with 7 units. This means that you have higher chances to connect to high-speed LTE networks all around the world.
Even better, the iPhone 6 is now able to reach download speeds of up to 150 Mbps via LTE networks. Upload speeds are also higher compared to the previous models. This way browsing the web, downloading media or making video calls is much more efficient.

iPhone Internet Speed Test
If you already own an iPhone 6 you can convince yourself about it’s improved cellular data connectivity and WiFi Internet speed, by performing a speed test using a Mobile Speed Test app. Below you can see a direct comparison between an iPhone 6 and its 5S predecessor. Both devices where connected to the same WiFi hotspot and where using the same carrier for cellular data browsing.

Conclusion: We can notice that the new released iOS device, wins both comparisons. A huge difference is distinguishable within the Upload results. This makes the iPhone 6 a great smartphone for streaming videos and music!