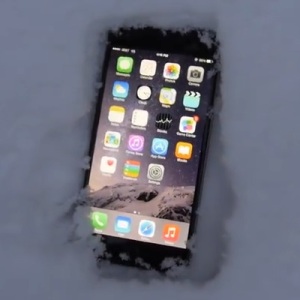 iPhone 6 Plus buried in snow!

There are an increasing number of reports, from iPhone users, complaining about the fact that their devices are more vulnerable than expected, when exposed to freezing temperatures. The already described iOS extreme temperature hibernation mode, basically locks your iPhone and allows only emergency calls. It’s triggered when your smartphone is exposed for too long, to extreme colds or heats.

However, what to do when those exceptional temperatures are not that uncommon as you might think? I mean skiing in freezing temperatures shouldn’t be considered extreme, or? Especially if you carry your iPhone within your specially designed ski clothing and only use it for a few seconds every now and then, to snap a viral holiday photo or text your friends. Because this is what I’m currently doing during my Winter Holiday and it seems that my iPhone 5S can’t keep the pace. It’s entering the extreme temperature lock mode after less than two hours of skiing in 19.4° F, that’s -7° C. 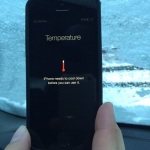 Besides the fact that the protection mode locks my phone too soon and too easy, iOS 8 has an annoying bug asking me to COOL down an already frozen phone! It seems that Apple has forgot to add an IF clause to the temperature warning trigger, asking it to display the WARM UP message in case of extreme cold exposure. Anyway, this should be the least of our interest. One thing that strikes me most is that I’ve used the same device during my skiing holiday, the previous season, and I can’t remember having such problems, although I must admit that the weather was a couple of degrees warmer. Is iOS 8 hibernation mode calibrated poorly and triggers hibernation too easy!?

Tips To Prevent iPhone Cold Temperature Lock
So, if you wish to be able to snap some memorable photos or viral videos, while on the slope, you have to keep your device warm and prevent it from hibernating. 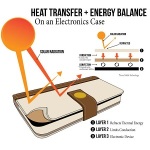 1. Inside Pockets: First and most important is to store it in a pocket that is closest to your skin. This way you’ll be able to pass body heat and keep it warm. The downside of this trick is that the closer the device is to your body the higher the EMF radiation exposure.

2. Use A Case: Any case will add protection within a cold environment. If you wish to bring this one step further, you can equip your iPhone with a Salt Case, which uses NASA technology to thermally protect your device.

3. Fully Charge: Make sure that your battery level is close to 100% before going into the wild! 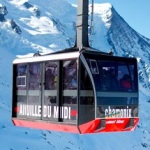 4. Cable Car Usage: iPhones warm up the more intensive the usage. Feel free to use your device whenever you’re climbing with the mountain cable car and are protected from the almighty blizzard.

5. Play Music: Even if you’re not the type that listens to music while powder sliding, you can let your iOS device play your favorite music album and bring volume levels to minimum (to avoid disturbance). This will ensure that your device stays active and warms itself too. 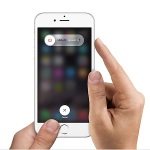 If none of the above helped and your iPhone is hibernating, it will most probably recover a few minutes after you reach shelter. That’s during lunch at the mountain chalet or in the afternoon while at the apres-ski party. Whenever the sleeping giant recovers, do mind this very important tip: Reboot your device! Switch it off, wait a couple of minutes and switch it back on. Your battery percentage will dramatically jump back to its normal values. For example, my iPhone entered hibernation at 60%. When I reached my Hotel room, a few hours later, I had the extreme temperature alert still flashing and battery juice was down to 17%. I rebooted device and when it turned back on it increased at 54% and I continued to use it normally until late into the evening. Plugging in the iPhone it without rebooting could cause battery memory malfunction!

Tip: If you do manage to keep your device warm you can use it to track your ski runs!

iPhone 5/5S More Vulnerable Than 6 or 6 Plus?
I’ve especially chosen to grab the 5S model during my slope time this year, because I had no freezing problems with it last year and aim to stay 100% away from any bending incidents that could be triggered by falls and other shocks. So. I’m yet to test the iPhone 6 flagships and see if they are as sensible to cold temperatures. However, it seems that TechRax (watch his YouTube video below) has done it already. He claims that an iPhone 6 Plus is fully operational after spending 15 hours buried in snow. I simply can’t imagine this achievement considering that it took only 2 hours of freezing temperature exposure for my 5S model to enter protection mode.

Conclusion
iPhones seem too sensible to extreme temperatures. I’m skiing with a group of eight people and four of them have other smartphone types. None experienced similar problems while the rest of us, on iOS, are facing the same freezing issue. This is a very important lack from my point of view, for such premium Apple devices. If you have similar experiences please comment and share your thoughts!

One Response to iPhone Freezing Temperatures Hibernation and iOS Bug