Siri Voice Too Loud? Looking For Siri Whisper Mode? [How To] 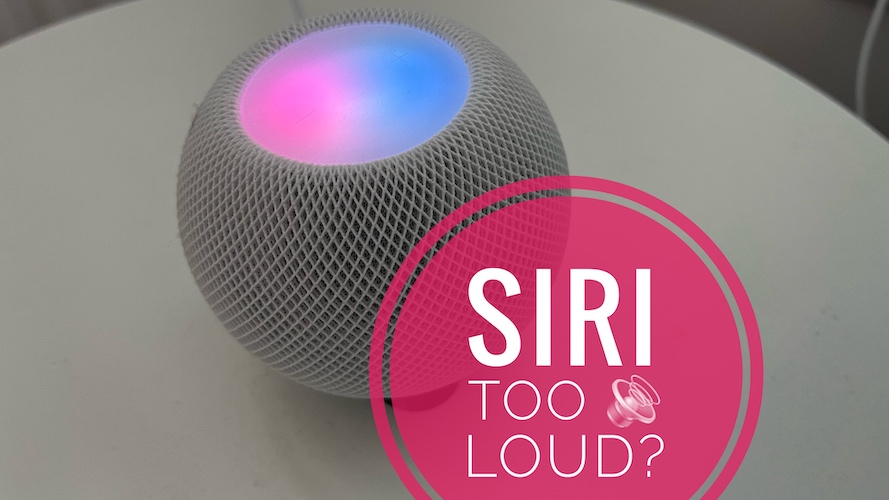 Are you finding the Siri voice too loud at night and in the morning when you wake up? You want to your virtual assistant to speak quietly? Are you looking for a Siri whisper mode similar to Amazon’s Alexa?

This issue has been reported by Morgan:

“Priority isn’t a problem for me but the volume of her voice is too loud especially when I wake up in the morning. Even the lowest volume setting is too strong. Is there a trick to make it whisper?”

We’ve tested this out and noticed that Siri is set by default to raise and lower its volume depending on the background noise in the room. Indeed, for some users even the lowest volume setting sounds too loud, especially when you wake from sleep!

Many users are asking for an Alexa-like whisper mode for Siri in this Reddit thread. Amazon’s virtual assistant is able to modify it’s voice and actually whisper when speaking out replies!

The only way to get a Siri whisper mode on Apple devices is by requesting it directly to Apple using their direct feedback link.

If you’re also finding Siri voice volume too loud and would like to get whisper mode for HomePod, iPhone, iPad, Apple Watch, Mac and Apple TV, share your feedback in the comments section available below, as we’re using this article to submit this feature suggestion to Apple!

How To Lower Siri Voice Volume

In the meantime, you can apply the following steps to make sure that you’re using Siri at the lowest volume currently possible: 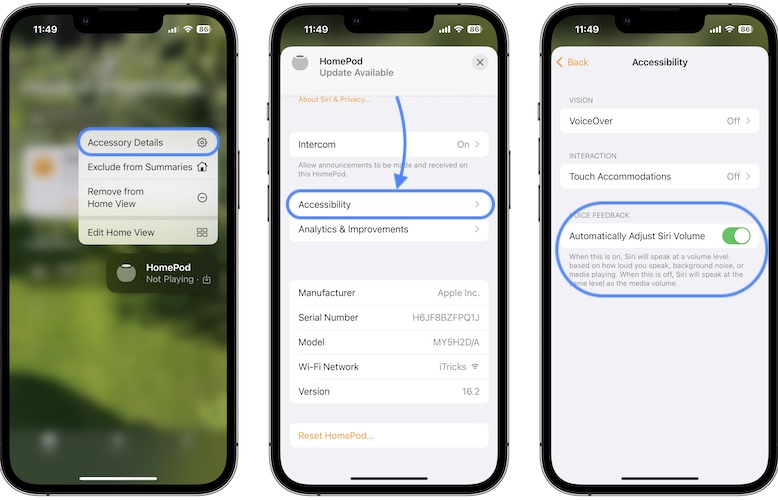 Fact: If you leave it ON, Siri will adjust its volume level depending on how loud you speak, background noise or media playing. If you turn it OFF it will speak at the same level as the media level!

Tip: Test both options. Leave it ON and whisper your question to Siri in the morning. For example, ‘Hey Siri what time is it?’ Does Siri reply quiet enough?

Next, disable the option and set media volume to lowest level. Repeat the above question. In which situation is Siri speaking less loud?

Another tip that you can apply is to ask your virtual assistant to talk at 1%, which is the minimum volume level possible:

Tip: For this option to remain active you have to disable Automatically Adjust Siri Volume as described at step 1!

Related: Siri and dictation not working in iOS 16? Here is how to fix it!