Things 3 For iPhone, iPad And Mac On Sale For A Limited Time Only 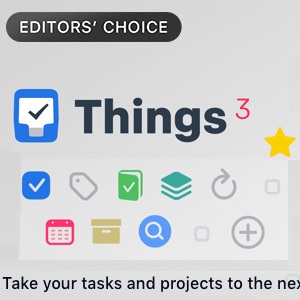 The Germans from Cultured Code have just released their third iteration of Things for iOS and Mac. The award-winning productivity app comes in different releases for iPhone, iPad and Mac computers. The smartphone version also includes an Apple Watch extension that is able to bring this popular task manager to your wrist-worn device. Things 3 is a completely new app, that takes the positives from the previous versions and brings great new features like Checklists, Calendar integration, magic Plus button, Reminders, Quick Find option and much more.

As the case with previous versions, Things is a paid App Store. If you own the original or the 2nd iteration you still need to pay to upgrade to Things 3. Practically, this isn’t seen as an update but the purchase of an entirely new app. To help you migrate to this greatly improved version, Cultured Code is offering a deal for all Things 3 downloads until May 26. The offer is available to everyone and not just old Things users. Read on and learn how to grab it!

Things 3 Release Sale For iOS And Mac
This award-winning task manager is now available in three versions, which are sold separately. Each of them has a 20% discount if downloaded during the first week of the release, that’s until May 26! 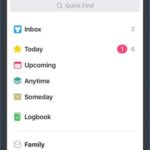 – Things 3 for iPhone ( -> $7.99) – Tap the link available nearby to download this productivity app and save $2 in the process. A perfect balance between simplicity and power will help you organize your day, become more efficient and thus increase your efficiency at work and in your everyday life. Every morning, gather your thoughts -> organize yourself -> plan your day and make the most of your goals. If unexpected changes interfere, don’t panic, the new magic Plus button allows you to easily insert a to-do in the list and drag & drop it to the required position.
Fact: As mentioned above, the iPhone version of Things 3 also comes with an Apple Watch app that will be installed on your watchOS device as soon as it comes in range with the paired smartphone. 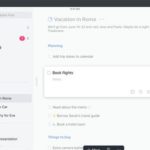 – Things 3 for iPad ( -> $15.99) – Is now available with a $4 discount. Tap the link nearby to download this highly appreciated task manager for your Apple tablet. You’ll enjoy an elegant new design, along with all the great new features specially tailored for your iPad’s screen real estate. Cultured Code has set up Things Cloud, a push sync service, which makes sure that your to-dos get updated across all your devices when you perform modifications on your iPad, Mac, iPhone or Apple Watch.
Fact: Things 3 requires your mobile Apple device to run iOS 10 or later! 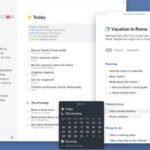 – Things 3 for Mac ( -> $39.99) – The desktop version of this popular task manager comes with the biggest savings. Download it for your Apple computer or notebook and save $10 until May 26. This version brings all the popular features of this to-do app from your iPhone and iPad to your desktop. The new Multiple Windows feature allows you open several projects in their own windows and drag tasks back and forth between them for efficient planning. Things 3 runs on macOS X 10.11.0 or later and only on computers with 64-bit processors.