Upgrading to the most recent iOS versions is highly recommended in order to keep your iPhone and iPad up to date with the newest features and security improvements. Over-the-air installs is the most popular and easy way to grab the latest OS release for your Apple smartphone and tablet. However, in some rare situations the Download and Install button used to kick off an OTA upgrade process might become greyed out, thus unresponsive to taps. Here is what you have to do in case you’re prompted with this flaw!

Whenever a new Software version is available your iOS device will prompt you by displaying a red badge above the Settings icon on the iPhone’s or iPad’s Home screen. Tap it and browse for General -> Software Update. Allow your device to inquire Apple’s servers for the new version. The upcoming iOS release is briefly presented on the Software Update screen. At the end of the description you can find the Download and Install button.

How To Solve Greyed Out Download and Install Button
Normally, a tap on it kick-starts the upgrade process. The Apple Terms agreement screen follows. Next, the update package is download on your device and when ready the installation begins, the Apple logo is displayed on the center of the screen, the loading bar shows the progress and ultimately your iPhone or iPad restarts to be able to run the new software. How to act if the Download and Install button is inactive? There are a few options: 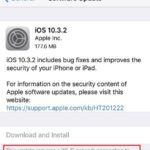 1. Internet Connectivity
The first thing that flashes your mind is to blame it on a spotty Wi-Fi hotspot. Yes, your iPhone needs an Internet connection to be able to recognize the update in the first place and load the Software Update screen, but if your connectivity is patchy, until you read the update log the Download and Install button might become inactive in case the Wi-Fi connectivity drops. Do mind, that traffic exchange might be unavailable even if the Wi-Fi icon connectivity is present in your iPhone’s status bar. The symbol only confirms that you’re connected to a hotspot, but if the hotspot isn’t linked to the web, no data will be exchanged between your device and Apple’s servers!
Fix: Slide up from the bottom of the screen to open up Control Center. Tap on the Wi-Fi icon to disable and press again to re-activate it, in an attempt to reboot it and see if this is the cause of your issue. 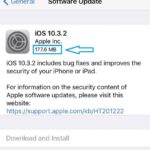 2. Storage Space
You might be also tempted to think that there isn’t enough storage available on your iPhone and iPad to accommodate the new upgrade. However, this isn’t the case. You can check the size of the update package, in the title of the Software Update screen, right below the name of the version. If the update is really too big your device will prompt you after you tap Download and Install, it won’t grey out the button before. So proceed, to the next fix as you’re about to uncover a “sick” solution.

3. Portrait Orientation Lock
One of the most epic fixes for this limitation is provided by the Rotation Lock feature. Believer it or not, iOS won’t allow you to update the software on your device if the iPhone or iPad has the Portrait Orientation Lock setting enabled.
Fix: Open up Control Center again and tap on the lock icon, to disable the block. Double-tap the Home button and quickly return to the Software Update screen, via the App Switcher to notice that the Download and Install button has become responsive!

Tip: We’ve also written about other fixes that you can apply for Greyed Out iOS buttons.