Uber Now Allows You To Select Multiple Stops During Your Ride 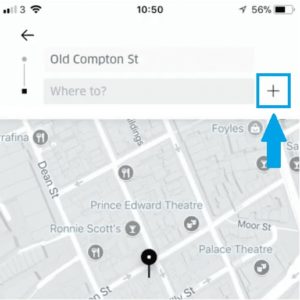 How to add multiple stops to Uber ride.

The controversial car-sharing company is currently rolling out an update for its iOS and Android users that includes a much awaited new feature. Upgrade to the latest version of Uber for iPhone, iPad or any other Android smartphone and you’ll finally be able to select multiple stops along the way. It was impossible until now to opt for multiple halts during your ride. This is particularly useful if you want to pick someone else, run your errands or even drop friends along the way.

Yes, you could politely ask the driver to stop by a second address or detour from your original course, but that was an awkward workaround for both driver, that could not anticipate the ride when picking it up and for passenger to, because you had to always provide an extra explanation. Now, things are far more streamlined and you can detail your ride not only from point A to point B, but also to the deeper stages of the alphabet!

How To Select Multiple Stops For An Uber Ride
Tip: Before you start make sure that you’ve updated to the most recent version of Uber. 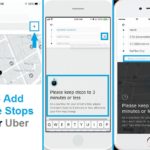 1. Open the Uber app from your iOS / Android Home screen.
2. Allow the device’s GPS to determine your location and tap on the ‘Where to?’ input field. Provide your first stop.
3. Tap on the ‘+’ icon available next to the initial destination field.
4. A second destination line unfolds. Tap the second address, which will be your final destination if you don’t tap on the “+” again to add a third stop.
Tip: If you reconsider, tap the “X” instead of the “+” to delete a stop from your ride.
Fact: Stops will be made in the same order they where added!

Important: Before planning your ride, be aware that your stop shouldn’t be longer than 3 minutes. That’s what the Uber app will also inform you when you add multiple destinations to a trip. Going past the 180 seconds limit might inquire additional charges to your fare!
“As a courtesy for your drivers time. Please keep stops to 3 minutes or less.”

Fact: This new feature works with the bill-splitting option introduced by Uber a few months ago. However, there is a problem. The fee is split evenly between all passengers and it’s not calculated based upon the traveled distance of each user. However, we expect for this downside to be fixed in an upcoming update!