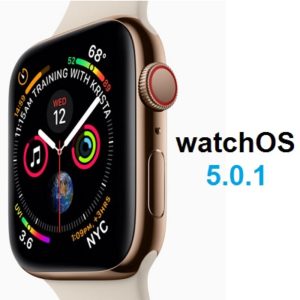 Apple has just rolled out watchOS 5.0.1 which is the first update of the 5th watchOS generation. This release comes just 10 days after the major release and has been rushed by a few bugs that have been detected since the watchOS 5 premiered. Obviously, we’re talking about a minor update that can be installed from the Apple Watch app. In the “My Watch” tab you can tap on General -> Software Update and hit Download and Install to start the process. 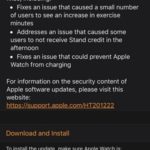 watchOS 5.0.1 Fixes
According to the update log this first watchOS 5 iteration brings the following patches:
– fixes a problem that caused a limited number of users to see an artificially increased number of exercise minutes;
– patches a bug that left some Apple Watch users without Stand credits in the afternoon;
– solves and issue that prevented the watchOS device from charging.

Related: Do you want do find out more about watchOS 5? Check out the intriguing Walkie-Talkie feature! What about the Apple Watch Series 4?