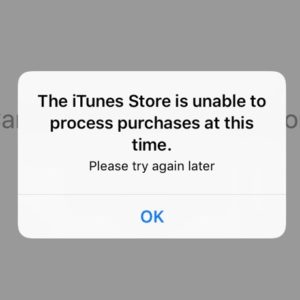 “iTunes store is unable to process purchases at this time” prompt.

A short while ago a large number of Apple users have been experiencing problems with the App Store’s functionality. More precisely, they were not able to make purchases.
Signing in for download content and various other services from the popular software shop, wasn’t available either. The Cupertino-based tech giant has acknowledged to outage and has been able to solve it.

iPhone, iPad as well as Mac and Apple TV users were prompted with a strange message when they either tried to purchase an app, or stream their favorite media content from the iTunes store. The prompt was displaying “The iTunes Store is unable to process purchases at this time.” Users were invited to try again later!
Well, we confirm that you can try it now and it should work because the problem has been fixed! 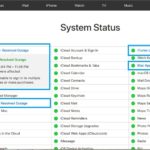 Apparently, the App Store services have been down for 105 minutes, between 3:04pm and 4:49pm E.D.T., as stated on Apple’s System Status webpage.
Everything has returned to normal since and if you continue to have problems with iTunes purchases on iOS, macOS or AppleTV, it means that the issue might be at your end. In this case I suggest you to take a look at a few tips that could help you solve the iTunes Store Is Unable To Process Purchases Error.

Users were unable to sign in to multiple stores/services or make purchases.

Fact: Are in-app purchases still not working for you? Perhaps an enabled iOS restriction might be the cause! Read here how to quick fix this!