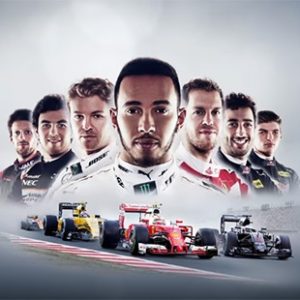 If you love car racing games and haven’t already downloaded F1 2016 on your iPhone and iPad, now it’s a good time to do it. This official Formula 1 app for iOS has just gone on sale and you can now grab it for $1.99 instead of the regular retail price of $4.99. Yes, the game is one-year old put the app has been updated last month with bug fixes and improvements and scores a 4.5/5 App Store rating.

F1 2016 includes all 21 circuits features in the 2016 Formula One calendar, along with the 22 drivers and 11 teams. This is the official Formula One World Championship app which means that you can compete along superstars like Lewis Hamilton, Sebastian Vettel, Max Verstappen, Sergio Perez and more. It includes a Season Mode that allows you to race the 2016 F1 calendar as well as a new Custom Mode that lets you choose the tracks and the length of a championship. Of course, that you can also opt for a Quick Race or a Single Race Weekend, that includes Practice and Qualifying sessions too. 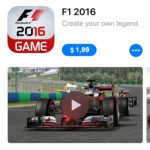 Download F1 2016 For iPhone/iPad
Tap here to open the official App Store download page and grab this premium iOS game at the discounted rate of $1.99. The software doesn’t sell any other in-app purchases, which means that you can enjoy the features with the initial one-off payment. Be aware that this is a large application, 2.53 GB in size, but the developer notes that there is a total of 2.67 GB of free space available on your device. It runs great on iPhone and iPads powered by iOS 9 or later. It’s also Apple TV compatible!