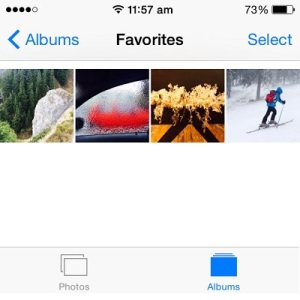 It’s that time of the year when families come together and celebrate the holy days of Christmas. This is the moment when memories are debugged and people share their thoughts about the year that is about to end. It was during a similar family reunion, when the importance of the Photos app and its Favorites feature struck me.

I know many iPhone users that don’t consider the small heart, available in the footer of a photo’s preview screen, an important iOS button and even forget to use it. However, when you need rapid access and wish to take a look at your favorite pictures selection, without needing to swipe between thousands of images, you’ll quickly notice that Apple had a great idea to add it. 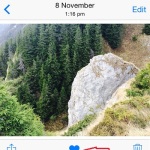 How To Bookmark Photos
So, if you’re not using this iOS feature yet, it’s time to learn how to favoritize pictures on your iPhone or iPad.
Whenever you browse your images, within the Photos app, your thumb is one tap away from sending the current photo to the Favorites Album. Simply, hit the heart-shaped icon.
You’ll know that the selection is properly made, if the heart symbol receives a dark blue filling. 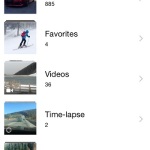 When you bookmark the first picture, iOS creates the Favorites album and makes it accessible right below Camera Roll. It’s followed by other important media collections like: Videos, Time-lapse, Bursts, Recently Deleted. Third party photo editing apps will also create their albums, which will be listed, in the same section, under Apple’s native ones.

How To Edit Albums
Currently iOS doesn’t allow too many changes to its native photo collections. In fact, if you tap the Edit button, available in the top right corner of the albums’ screen, you’ll only be allowed to change the order of the collections, belonging to apps downloaded from the App Store. You can also delete those selections if they aren’t useful anymore. None of these options apply to the built-in albums. Album name changes are also not possible yet, but who knows what surprises future updates could bring.