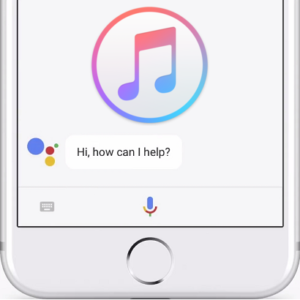 Google Assistant has been available for iOS users since a few months now, but the Mountain View-based Internet giant has just introduced a new feature to Siri’s competitor. You can now use the third party Assistant to play music on your iPhone and iPad from Apple Music. It’s true that Google’s Assistant isn’t a match for Siri yet, but those of you that often use Google Services might be tempted to use it every now and then.

The new Apple Music compatibility allows users to both play tracks that you’ve purchased or songs that you stream with the help of the subscription. One, thing that Google Assistant can’t start yet is Apple’s Beats 1 radio station, but everything else within Apple Music works. More, if you’re using Apple Music on an Android smartphone you can use the ‘OK Google’ functions to control music playback.

How To Control Apple Music With Google Assistant on iOS
This step by step guide assumes that you have the Google Assistant app already installed on your iPhone or iPad. Else, tap here to download it before you proceed. 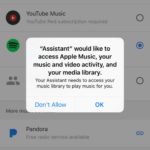 1. Open Settings from the iOS Home screen.
2. Navigate the the Google Assistant label and tap it.
3. Scroll for the Apple Music label and toggle it ON by tapping the nearby knob.
4. Open the Google Assistant app and tap the microphone to speak out a command. Mention anything like ‘Play [song name] on Apple Music!’
Fact: Of course that you’ll get the same result much faster with the help of Siri, but it’s good to know that there is a backup available when needed.

Related: In watchOS 4.1 you can stream live music, via Apple Music, directly from your Apple Watch Series 3 with cellular support.