Google Assistant For iPhone Is Now Downloadable From The App Store 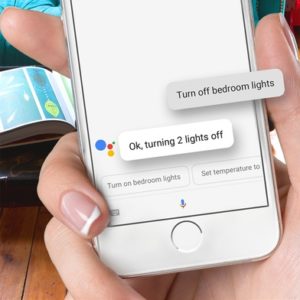 Google has just introduced its Assistant to iOS, at its annual I/O developer conference, the equivalent of Apple’s WWDC. Siri‘s rival is available via a standalone app, which is now also listed in the App Store. Download Google Assistant for iPhone and gain access to all its interactive features directly from your Apple device. Until now, the Mountain View-based tech giant’s AI helper was only available for Pixel or other Android smartphone owners.

Google Assistant works in a similar way as Siri, the native Apple virtual assistant, does. Open the app and tap the on screen microphone to ask questions or command things. You can also start typing if you want to be discrete. Initiate phone calls, send texts and mails, set reminders and calendar events, play music, ask for directions or inquire about the weather forecast. The “Hey Google” call sign, which should have identical functions with the Hey Siri wake up call, isn’t currently available on iPhone. 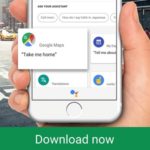 – Download Google’s AI helper from the App Store, as you proceed with any other free app. Tap GET, followed by INSTALL to grab the software.
– How To Use: Tap the Assistant’s icon, available on your iPhone’s home screen to open the app. Hit the microphone and speak a voice command, or start typing your request.
– Commands: Popular things you can ask/command are:
-> Call [contact]!
-> Text [contact]!
-> Email [contact] the latest [attachment]!
-> Remind me to [action] for [contact]!
-> Will I need an umbrella today?
-> When’s my flight to [location]?
-> Turn off bedroom lights!
-> Play [music type] on YouTube!
-> Show me my photos of …
-> Take me home!

Google Assistant vs Siri
For the moment, it will be difficult for the Android assistant to match Siri on home soil. However, as proven by Gmail, who is for many the preferred iPhone mail client, instead of the native Mail app and Google Maps which is in some cases more popular than the stock Maps software, Apple might better raise Siri to a new level, because Google Assistant is slowly but surly catching up.
Nevertheless, competition thrives innovation and future looks bright folks!