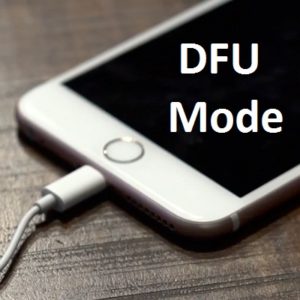 Another somewhat hidden feature that has changed with the release of the iPhone 7 and iPhone 7 Plus is the way you bring the latest Apple smartphones in the Device Firmware Upgrade mode. DFU state allows your iPhone to exchange data with a connected computer, that is running iTunes, without loading iOS or boot loader. This feature is especially used by Apple power users that want to downgrade the iOS version on their iPhone or jailbreak their device.

All iPhones can be put in DFU mode. However, the button combination has changed with the release of the iPhone 7 and the redesigned Home button. Because the fingerprint reader is now a solid-state button, it can’t be used anymore in a series of operations that include Force Restart, Recovery Mode and DFU Mode. Practically, the procedure remains the same for all iPhone models the only difference is that in iPhone 7 and newer models the Home button is replaced by the Volume Down toggle.

How To Bring iPhone 7 In DFU Mode 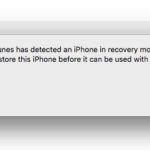 Step 1: Use the Lightning cable to connect your iPhone with a computer that’s running iTunes.
Step 2: Turn your iOS device OFF, by pressing and holding the Sleep/Wake button and the “slide to power off” gesture.
Step 3: After the iPhone is shutdown, hold the Sleep/Wake button for 3 seconds (Apple logo appears on the screen).
Step 4: Continue to hold and start pressing the Volume Down button too. Keep this combo in action for 10 seconds (Apple logo has to disappear from the screen).
Step 5: Release the Sleep/Power button and continue to press the Volume Down toggle until iTunes, on your computer, displays a popup message confirming that your iPhone is in Recovery Mode.

Fact: iPhone models older than the iPhone 7 are brought in the DFU mode the same way, the only difference is that the Volume Down button is replaced with the Home button in the above explained combination.

How To Exit DFU Mode
Whenever you want to bring your iPhone 7 out of the Device Firmware Upgrade mode simultaneously press the Sleep/Wake/Power button and the Volume Down toggle (or Home button for older iPhone models). Hold this press for at least 10 seconds. You know that the device exited DFU when the Apple logo appears on the screen.

Tip: Before you attempt a software upgrade/downgrade, jailbreak or any kind of important changes to your iPhone, iPad or iPod Touch make sure that you backup your device via iTunes first. This way you have where to go back to in case something goes wrong.