How To Force Quit Apps On Mac With Keyboard Shortcuts 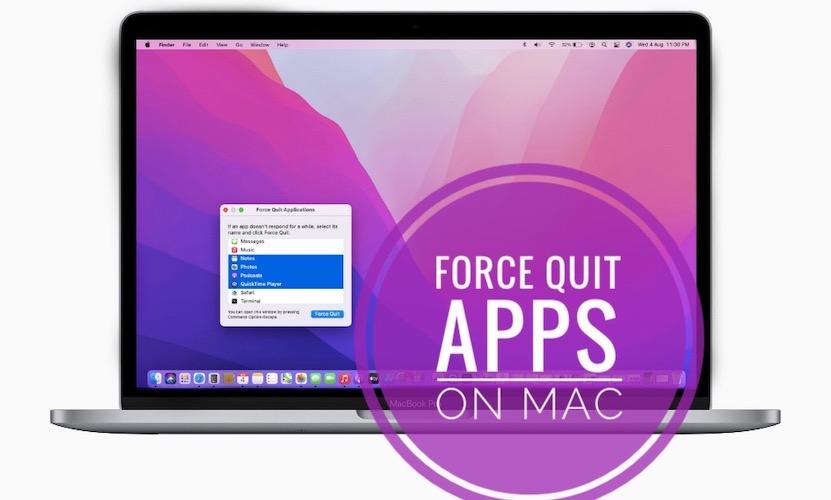 How to force quit apps on Mac

Similar to iOS, macOS apps remain active in the background unless you don’t quit them. Apps can glitch out, become unresponsive or are simply too resource intensive. This is when you might need to force close apps on Mac! There are multiple ways of doing it!

How To Check Apps Available In The Background

The macOS equivalent of the iOS App Switcher is available with the help of the Command + Tab keyboard combo!

Trick: If you just press them you will automatically jump to the next app. However, if you hold the Command key pressed, the macOS App Switcher remains displayed on the screen and you can check out all apps that are available in the background.

Tip: Another way of determining if an app is opened on your Mac is by checking the Dock. A small dot below an app’s icon means that the app is running in the background!

How To Force Quit Apps On Mac

Here are some quick and efficient ways of quiting software in macOS:

Do you need to force close apps often on your Mac? Share your feedback using the comments section!

Related: How to fix Dock not working in macOS!