How To Self-Repair An iPhone That Isn’t Charging Anymore 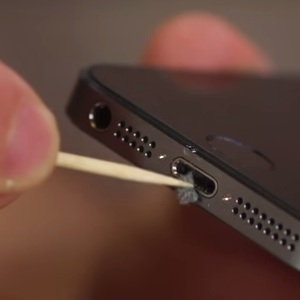 Did it just happen to you that your iPhone refuses to charge when you plug it in? Well, don’t panic because this is a common occurrence, especially among aged iOS device owners. There are three factors that can cause the iPhone charging problem: the device itself, the lightning cable or the power outlet. Considering that your home or office electricity system is fine and that your lightning cable works properly with other iOS devices, it means that the fault lies in the iPhone or iPad itself.

There might be a hardware problem with the charging port, but before you bring your Apple smartphone in service, make sure that you perform the simple trick provided below and you could miraculously solve the iPhone charging issue. First, try to realize if the battery charging issue occurred all of a sudden, or you had to connect and reconnect the device several times in the past too, before the power started flowing in and now it stopped working completely.

Trick To Self-Repair iPhone That Fails To Charge
Cause: Most probably your iPhone’s / iPad’s lightning port has gradually buildup lint and it has now reached a point when the lightning connectors aren’t physically touching themselves anymore and no power can flow through.
Solution: A simple toothpick can save the day. Grab one from your kitchen and start cleaning the iPhone’s lightning port. Be gentle so that you don’t damage the contacts. You’ll instantly notice how lint is extracted from the port, by the toothpick’s tip.
Fact: From the outside the port might seem clean. Don’t trick yourself that your iPhone can’t buildup lint. Pick a flashlight and look closely inside. Even so, you might consider that there is not enough squalor to interfere with the charging process, but believe me there is, especially if your iOS device is more than 1 year old and you use to carry it in your pockets, or operate in environments that are prone to dust, cloth and similar stuff.
Extra: If the iPhone is really old and mud got accumulated in time and hardened on the surface of the lightning port, a toothpick ‘surgery’ might not be enough. From personal experience, I used a tiny bit of non alcoholic liquid, a sprayer that you use to clean your glasses and sprayed a fraction of it within the port to moisten the lint and be able to detach it with the tip of the toothpick.
Ejector Tool: Some recommend using the Apple SIM tray ejector tool that is available in your iPhone’s box. However, I found the toothpick more efficient!

Disclaimer: Please use the tips provided in this article at your own risk. We can’t be held responsible for any damage that you might cause to your iPhone. If you don’t feel confident, better bring your device to an Apple Store and ask an employee to fix it for you.

Tip: Also check out the fastest way to charge an iPhone!

Related: Do you know that the 2017 iPhone flagships finally include the quick charging option? Read more about how to fast charge the iPhone X, 8 and 8 Plus!