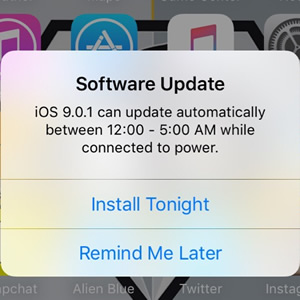 According to Apple iOS 9 has easily surpassed the 50% adoption rate! This means that more than half of iPhone, iPad and iPod users have updated their devices to the 9th iOS generation, within a week since the release. That’s a truly impressive stat that makes the Cupertino-based technology giant, a leader when it comes to software upgrade percentages. For sure, Apple fans download the latest iOS versions because they’re eager to uncover the new features!

However, there is one important aspect when it comes to installing updates. The easiness of the process. Upgrading iOS to its newer versions is very easy to perform and doesn’t cost too much time. Of course, there are a few exceptions right after the release time, when during rush hours, firmware downloads can work slower than normal. Surprisingly, or not, Apple has come up with a solution for this too! They’ve added the over the air (OTA) Automatic Software Update feature! 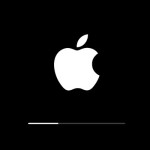 This new setting allows you to schedule your iPhone to update its software while you sleep. The main advantage is that you skip the 15 – 30 device downtime, caused by the whole upgrading process. When performing OTA updates, you first ask your gadget to download the firmware package. After the process completes, the installation phase commences. From here on, the iPhone stops being available, meaning that any incoming calls will fail to reach you. The firmware installation can last 5 to 20 minutes, depending on how big the software leap is. The gadget returns to normal availability after an automatic reboot!

How To Schedule iOS Automatic Updates 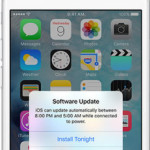 Your iPhone automatically detects when a new firmware update is available and prompts you with the option to schedule the upgrade for the upcoming night. The process will automatically start anytime between 12:00 AM and 5:00 AM. If you fancy this proposal tap on Install Tonight and you’re all set!
There are a few other things though that you have to ensure though:
– make sure that the Wi-Fi hotspot from your home remains ON during the night and that the iPhone is connected to it
– plug-in your device. Else the automatic upgrade will be postponed for the next night.
Tip: If you don’t want to allow your iPhone to update itself while you sleep, tap on Remind Me Later and proceed with a manual iOS update, whenever you like. If you won’t upgrade you’ll receive a similar proposal the next day.

Fact: Because of the conditions mentioned above, especially the power source connectivity, your iPhone will detect if you’re still on the move after midnight and won’t automatically start updating, unless you go to bed before the clock ticks 5:00 AM!

Tip: The first iOS firmware release after the big iOS 9 update is now available. It’s labeled 9.0.1. This is a great chance to try out the new OTA automatic update feature!