iPhone 6S and 6S Plus Are Surprisingly Water Resistant 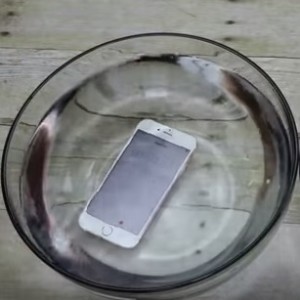 Although Apple doesn’t advertise its 2015 iPhone flagships as being waterproof, it seems that the iPhone 6S and 6S Plus are resistant to water. Zach Straley has published a Youtube video that became viral amongst iOS fans, proving that the iPhones are water tight. He submerged the two smartphones in bowls, filled with water, and let them pickle for over an hour. The devices are powered ON with the Stopwatch app running in the background.

The iPhones seem to have survived unscaved from this experiment. Every function, including the 3D Touch continue to work normally. The lightning and headphone ports seem to be water tight too. We can conclude that the iOS gadgets haven’t only borrowed the 7000 Series Aluminum casing material from the Apple Watch, but his water resisting capabilities too.

Is the iPhone 6S Waterproof? 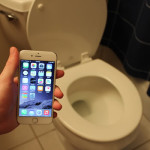 Officially the 6S and 6S Plus aren’t water resistant nor waterproof! If you end up with damage caused by water, Apple won’t replace your device, simply because it doesn’t sell it as a water tight phone. However, it seems that you have high chances of recovering your gadget if you accidentally drop it in the toilet or other water containing recipient. Do mind, though that salt water could be far more dangerous. Corrosion might kick in, so avoid by any means submerging your iPhone in the sea or ocean!
Fact: A single demo is alway inconclusive. Until other brave Youtubers decide to use their iPhone 6S units as guinea pigs, I strongly suggest you not risk damaging your close to $1000 device!

How Water Resistant is the 6S? 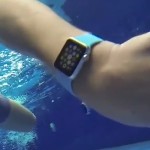 Considering that the Cupertino-based tech giant markets the Apple Watch as water resistant, although various test have shown that it qualifies as waterproof. We’ve shown you users that have swam with the wearable on their wrist. The iPhone 6S might be water resistant although, this feature isn’t endorsed by Apple. Nevertheless, that’s probably because if they advertise the phone as being water resistant, users would overrate it and use it while performing various activities like swimming or snorkeling. There would be no conclusive way to prove that the iPhone got damaged while showering or, because the user didn’t comply with usage recommendations and submerged the gadget underwater.