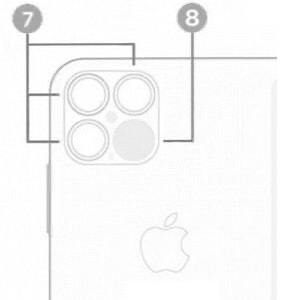 Leaks and rumors about the upcoming iPhone 12 will start to become more and more frequent and popular as we get closer to the release date. It’s time to check out some recent news about the alleged iPhone 12 Pro Back Camera module. The 2020 high-end iPhones will apparently pack a triple-lens camera together with a new LiDAR scanner, that has already been included in the freshly released iPad Pro models.

The LiDAR scanner is a low-power laser that is able to scan the environment accurately and quickly. It practically launches laser beams and is able to create an accurate 3D depth map of the environment based on the reflections. Data acquired by the laser together with info from the triple-camera lens and motion sensor will help your iPhone to better understand the scene that’s facing. All this will allow your Apple device to capture even more precise Portrait Mode photos, have better AR functionality and much more. 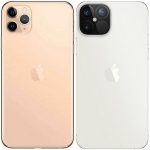 The leak comes under the form of a black and white schematic that allegedly pictures the structure of the iPhone 12 rear-facing camera. The image is published on Twitter by Fudge, a famous Apple-leaker and shows the three lenses displayed in a triangle-shaped formation. The new LiDAR sensor closes the square formation, with its placement in the bottom-right corner. It’s not sure if this is an actual leak or a self-created drawing based on the anticipation that the new iPhone models will get the new LiDAR scanner, to follow the line of the new iPads.

Other Expected LiDAR Scanner Features
1. The upcoming laser on your iPhone will also greatly enhance the AR (Augmented Reality) experience on your iOS device. It will allow the ARKit framework to instantly place an object in the environment without the user needing to manually scan the room with the iPhone to initialize.
2. As mentioned above, the Measure app will become much more accurate. Rumors also hint about a new Ruler View for more precise measurements.
Fact: The new iPhones should also be able to accurately measure distances to objects, that are up to 5 meters away.
Expected: The new LiDAR sensor hardware to be available for the upcoming iPhone 12 Pro and iPhone 12 Pro Max!

LiDAR and Apple
Did you know that the Cupertino-based tech giant is using LiDAR sensors since way back in 2015. This technology was first used on cars because its highly useful for creating autonomous self-driving vehicles!