Is The iPhone 7 Waterproof or Water Resistant? What’s The Difference?

Posted in Reviews by Patricia on September 28, 2016 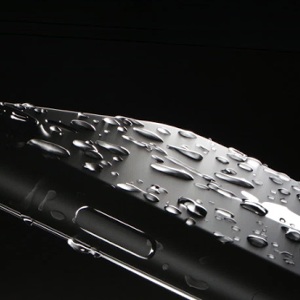 The most vibrant news when the iPhone 7 and iPhone 7 Plus flagships were announced, during the September 7 keynote, was the fact that the new iOS devices can resist to water. Apple labels them as “water and dust resistant”, but what does this actually mean? The keynote featured a distracted man accidentally falling in the swimming pool with the iPhone 7 in his hand. So, the Cupertino-manufacturer implies that the latest flagships are protected against occasional water contact, but doesn’t encourage us to make a habit out of using the smartphones in water.

To tackle the technical side of the problem the iPhone 7 and iPhone 7 Plus have received a water resistance rating of IP67. That’s a rating on the popular Ingress Protection scale which accommodates all electronic devices that withstand dust and water. The scale is available from 0 to 9 for water rating and 0 to 6 for dustproofness, the higher the number the better the protection. The first number represents dust and foreign objects protection while the second characterizes the waterproofness. This means that the iPhone 7 generation has a strong water resistance rating and the strongest dust protection rating! Under ideal circumstances (new unit, not worn out) it can resist submerged under water at least 30 minutes at a depth of 1 meter. 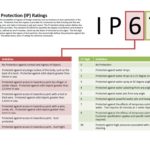 A device is labeled as waterproof when it’s completely sealed and test have shown that water can’t penetrate its case even when submerged under water. Waterproofing is strongly related with depth and time. A device can be fully water strong at a depth of a couple of meters, but loose its properties if exposed at higher deepness for a longer period of time.
We can consider water resistance a degree of waterproofing. But devices labeled as water resistant are not necessarily waterproof. For example, the Apple Watch Series 2 is advertised as 50m water resistant under the ISO standard, which means that you can take it for shallow water activity like swimming in pools or oceans. So, the device is waterproof for small depths, but not suitable for scuba diving.

Can I Take My iPhone 7 Out For A Swim? 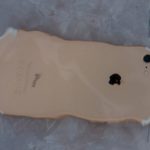 To provide a pertinent answer to this question I will refer again to the Apple Watch. The initial smartwatch introduced by Tim Cook was presented as splash water resistant and Apple’s CEO confirmed that you can shower with the smartwatch on your wrist but avoid swimming. On the other side, the Apple Watch Series 2 is promoted as 50m water resistant which means that you can use it in the shallow waters of pools and oceans, but avoid scuba diving.
Considering that Apple never mentioned anything about swimming and instead insisted on accidental water contact during the iPhone 7 keynote, we can easily conclude that if you want to stay risk free you should avoid swimming or other prolonged shallow water activities with the iPhone 7 or iPhone 7 Plus.

Fact: On the other hand, user’s test have shown that the original Apple watch, although being presented with a low level of water resistance, did just fine while exposed to swimming and pool activities. I could assume that the iPhone 7 could do as well, because it’s a habit for Apple to advertise devices less water resistant as they actually are in order to avoid water abuse and protect themselves from an increased number of water damaged units. However, I do recommend you to avoid unnecessary risks and stick to the official recommendations! 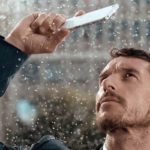 Very Important: 1. Falls and prolonged normal usage can affect, in time, the smartphone’s watertight properties. If you bruise your iPhone or notice any other form of wear avoid exposing it to water as much as possible!
2. Avoid charging your iPhone immediately after you exposed it to water. The charging port can host water droplets, make sure that you clean it thoroughly. If the Water Presence Warning is displayed on your smartphone’s screen disconnect the device immediately and clean the port.

Conclusion: The iPhone 7 is splash, dust and water resistant which means that it can withstand splashes, rain, showers and even temporarily (accidental) water submersion in shallow water!