Keywords That Trigger Animations When Sending Messages In iOS 10 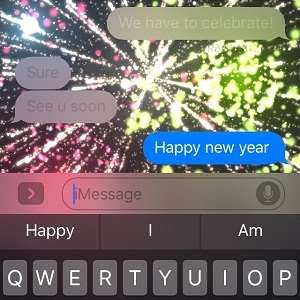 iOS 10 comes with a fully revamped Messages app, which includes the option of sending Apple Watch-like Digital Touch Messages. iMessages also comes with its own App Store section providing apps tailored for this iOS specific communication channel. But that’s not all! We recently discovered that Messages can also detect certain keywords and play an animation that suits them, to enhance your messaging experience!

These animations are played both on the senders iPhone as well as on the receivers one as long as both devices run iOS 10. The sender is prompted with the animation when he or she dispatches the text, while the receiver sees it when he/she opens the Messages conversation thread to read the news. Check out the animation available nearby and see how this feature looks like in real time!

Tip: If you’re doing everything described in this article an the iMessage effects don’t show up, please check that the Reduce Motion feature isn’t active on your device. Visit Settings -> General -> Accessibility -> Reduce Motion. Tweak the knob towards the OFF position if you wish to see balloons, fireworks, lasers and all the other effects showing up within the Messages app.

How To Trigger Message Animations
iOS 10 is still in its beta testing phase (at the time this article is written) and we currently detected three keywords that trigger animations. I assume that the list will be expanded until the official release date and in the near future. Simply type one of the keywords mention below and the appropriate animation will be triggered:
1. Congratulations – splashes multicolored confetti all over your iPhone’s screen.
Tip: Abbreviations such as “Congrats” also work!
2. Happy Birthday – launches colored balloons on your iOS devices display.
3. Happy New Year – triggers fireworks on your iPhone! 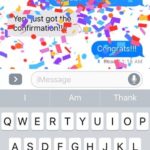 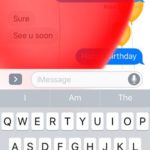 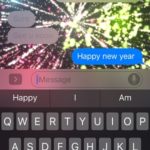 Fact: Be sure to check back and find out if the available keywords list has been extended!