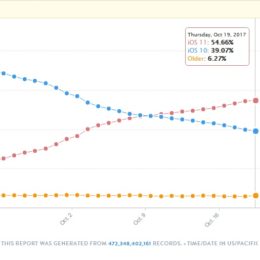 iOS 11 Adoption Rate Close To 55% One Month After Release

Apple has always excelled when it comes to the rate their users implementate software updates. iOS 11 makes no difference and although its adoption rate is a little slower, when compared to how fast iOS 10 was installed on iPhones and iPads after its release, the figures are still impressive and overwhelming when compared to… 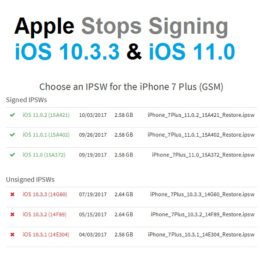 Downgrading To iOS 10.3.3 Not Available Anymore As Apple Stops Signing It & iOS 11.0 Too 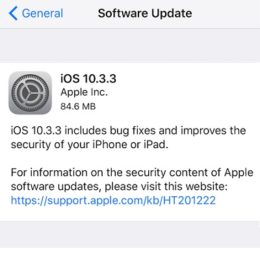 Although iOS 11 has entered its advanced beta testing stages, Apple still works on improving the current iOS generation, even if it’s due to expire within a couple of weeks. iOS 10.3.3 is available for update. This could be the last improvement to iOS 10 and it’s an important update especially for those iPhone, iPad… 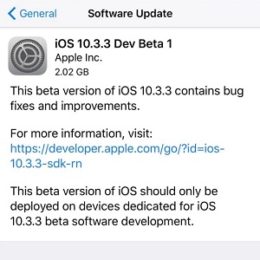 As expected, although the introduction of the upcoming Apple OS versions is only about three weeks away the current versions are continuing to be developed, even after Monday’s batch of Software Updates for all kinds of Apple fans. The iPhone and iPad got iOS 10.3.2 that focuses on security improvements and minor bug fixes. The… 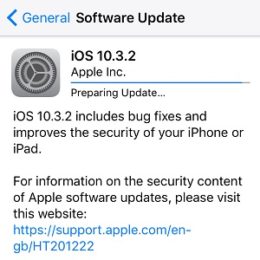 Apple has just seeded another update for the iPhone, iPad and iPod Touch operating system. It’s a scheduled upgrade that comes to fine tune the 10th iOS generation. iOS 10.3 was released six weeks ago along with the much awaited APFS file system, as well as the Find My AirPods feature. It was followed, ten…

Read More
Tags:DownloadFixesImprovementsInstalliOS 10iPhoneOTASecuritySoftwareUpdate
Previous Posts
Copyright © 2014 - 2023 iPhoneTricks.org
This website is not owned, licensed or affiliated with Apple Inc.
The content of this website is not supplied or reviewed by Apple Inc.
iPhone is a trademark of Apple Inc. For more info please read our Disclaimer.