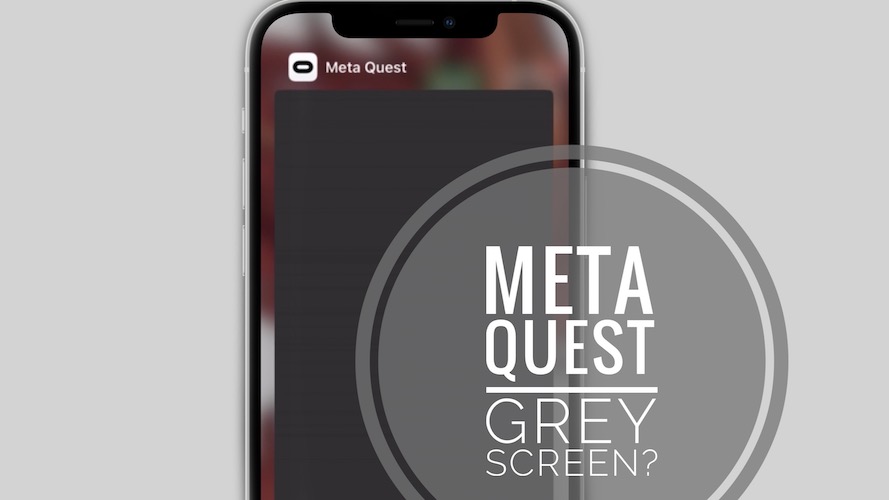 Getting the Oculus app grey screen issue on iPhone and iPad? Are you unable to use your Oculus Quest VR headset because the Meta Quest app gets stuck on grey screen? You’re not alone!

This problem has been reported by Willie (iPadOS 16.2):

“Not sure if this is related to this update but Meta Quest app shows grey screen and I can’t enjoy my Oculus headset anymore! Anyone else?”

“I got an oculus last month and everything was fine until a couple days ago. My app on the iPhone/iPad flashes a normal screen then goes grey.”

iOS 16.2 / iPadOS 16.2 don’t seem to be the triggers for this unexpected behavior as a Reddit user is claiming that he’s been having this issue for weeks!

How To Fix Oculus Quest Grey Screen On iPhone

However, the iOS 16 update in general might be a trigger. Also the issue seems to occur only on iOS and not on Android.

We’ve checked the Meta Quest version history in the App Store and the software has received a series of updates, 7 of them after the release of iOS 16. The latest one, version 193.0 was issued on December 14 and it doesn’t seem to fix the Oculus Quest grey screen!

Until the glitch is addressed in an upcoming release here is what you can do to fix it: 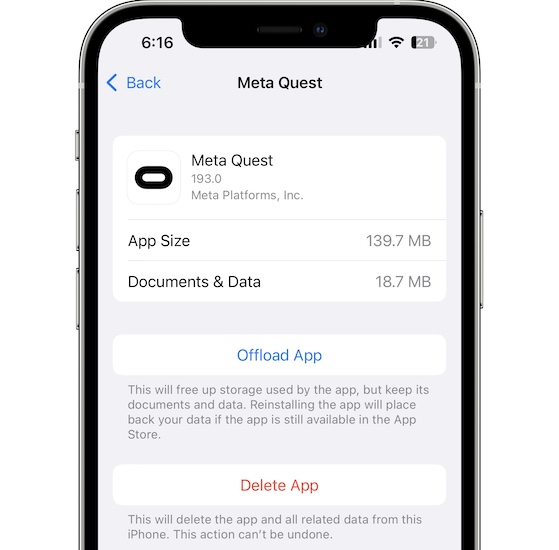 Apparently, if you delete the app and redownload it (direct link), it will work. However, this is a temporary solution because the gray screen will show up again as soon as you close the app.

Another way to bypass the Oculus app not working issue is to access games via web browser: 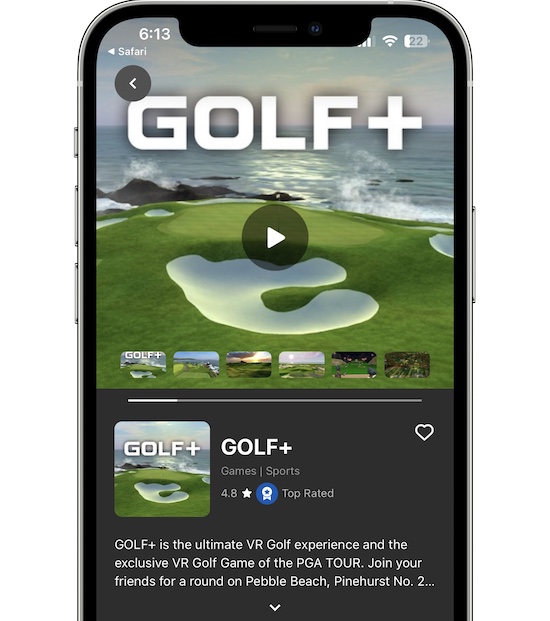 Below you can find some quick access links that will help you bypass the gray screen issue:

Have you managed to fix Oculus app stuck on grey screen on iPhone or iPad? Do you have a better solution or other problems to report? Share your feedback in the comments!

(Disclaimer: iPhoneTricks.org has an affiliate partnership with Amazon. If you purchase a product after clicking the above links, we’ll receive a small commission that helps us cover website costs. The final price of your product isn’t influenced by it!)