How To Watch Picture-In-Picture Videos On iPhone (iOS 14) 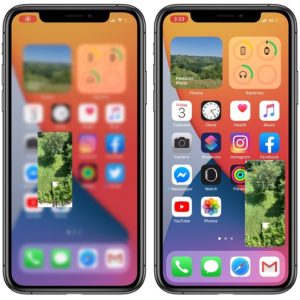 In iOS 14 you can use your iPhone to multitask while continuing to watch videos. The Picture-in-Picture feature, also known as PIP, was first introduced to iPads in 2015. It’s now finally available system-wide on your iPhone.
All that you have to do is to swipe-up while watching a video and the playback is shifted to a thumbnail-sized movable window that becomes available on your home screen.

You can read and reply to Messages, browse Safari or open any other app while continuing to watch the a video, TV show or continue your video call. If you need the entire screen, to read a text, you can swipe the video completely away from the display, while the audio continues to play in the background. The iPhone picture-in-picture feature works even when you bring up the App Switcher.

How To Watch Picture-in-Picture On iPhone 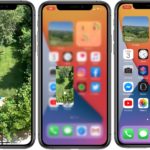 This video multitasking feature works with FaceTime, Photos, Safari and any third party app that updated with support for iOS 14 picture-in-picture.
1. Watch a video, a live feed or get engaged into a video conference.
2. Swipe-up to bring up the Home Screen and switch to another app. The video will be automatically minimized and playback continues in a thumbnail.
3. Drag & drop the picture-in-picture video screen to the desired corner of the iPhone display.
Fact: Tap the thumbnail to bring back the video in full-screen mode.

How To Hide Picture-in-Picture Video On iPhone 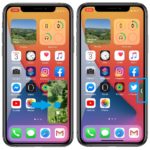 1. While watching in picture-in-picture mode, swipe the video towards the nearest edge of the display, to hide it completely.
2. An arrow is displayed to hint where the video is hiding. Tap it to bring back the video.
Fact: The audio continues to playback in the background, even when you hide the picture-in-picture thumbnail.
You have to go back to the full-screen view to pause the video to stop the audio. 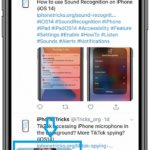 Apps like Twitter are already offering pip watching mode for iPhone. But the feature works only within the app. You can watch a video on Twitter in picture-in-picture, while continuing to scroll through tour timeline or edit settings. However, once you exit the Twitter app the video disappears too!
As soon as Twitter and other third party apps like YouTube, WhatsApp or Facebook integrate iOS picture-in-picture support you will be able to watch their videos system-wide on your iPhone and not just within the app.

YouTube for iPadOS is still not offering iPad picture-in-picture support, 5 years after the feature became available on Apple’s tablets. If you hope to be able to watch PIP YouTube videos you might have to prepare for a long wait, unless YouTube’s approach is changing.

However, there is a workaround! Safari a native iOS 14 app has picture-in-picture mode included. This means that all videos played through Apple’s mobile web browser can be watched in PIP mode. The trick requires you to play the YouTube videos in Safari and not the third party YouTube app. Here is how to do it: 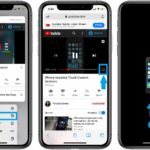 1. Open Safari.
2. Search Google for the desired YouTube video.
3. Long-press the video and select the ‘Open in New Tab’ option.
4. Tap the video window to bring up the full-screen button.
5. Go into full-screen mode and swipe-up to enter picture-in-picture watching mode!
That’s it you can now watch YouTube videos and multitask on your iPhone!

Fact: At the moment of writing iOS 14 is in its early beta testing stages and we could demo picture-in-picture for FaceTime. Most of the other native apps like Messages and Photos, as well as third party ones are yet to be updated with support for this feature.

Do you use picture-in-picture on your iPhone a lot? Let us know your feedback about this feature in the comments section available below.

Related: iOS 14 brings a lot of new features to the iPhone. You can check them out here.