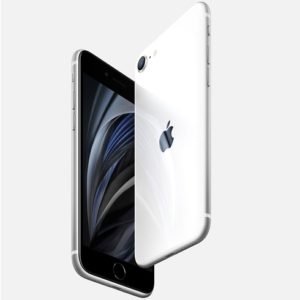 Apple has recently started selling its 2020 budget iPhone. The new iPhone SE retails for as low as $399. It uses the iPhone 8 chassis and is powered by iPhone 11 internals. In this article we check what radio frequency exposure is generated by this combo. Is the 2nd generation iPhone SE following the trend set by its predecessor? Let’s remember that the original iPhone SE was one of the most radiating iPhones ever released, when it was launched back in 2016.

Any smartphone that’s released on the market has to be tested and fit into the accepted limits of radio frequency (RF) exposure and the iPhone makes no exception. The SAR value represents the rate at which the human body absorbs RF energy. As in most cases there are two scales for these values. In some countries the SAR limit is 1.6 watts per kilogram, when the measurement is averaged over 1 gram of tissue. Others prefer the average the values over 10 grams of tissue and in this case the limit is 2.0 watts per kilogram.

How Is The SAR Value Measured
The tests simulate the iPhone usage at head level and body level. During the test the device’s radios are set to their maximum including cellular, Bluetooth, Wi-Fi and all other antennae that emit radio frequency radiation. When the use against the head is simulated, there is no separation between the device and the human tissue, similar to pressing your iPhone against the ear.
Body measurements simulate the use in the torso area and include a 5mm separation caused by clothing and other similar factors.

iPHone SE s vs iPhone SE SAR Value Comparison
If we compare the values provided above with the ones recorded by the budget iPhone that was coming in the iPhone 5S chassis we can note that values are similar. However the 2nd gen iPhone SE manages to edge out its predecessor by 0.01 W/kg when it comes to body SAR levels measured by the U.S standard, and by the same value when it comes to the head SAR radiation recorded by the European regulations.

iPhone SE 2 vs All Other iPhone Models Ever Released
Below you can check the SAR Value comparison of the iPhone SE 2nd generation and all other iPhone models ever released.
Notice that the 2020 iPhone SE records the highest SAR Value ever for the body-level measurements recorded over 1 gram of tissue. However, the iPhone 7 and iPhone 8 models remain the highest ever radiating iPhone models ever released by Apple! 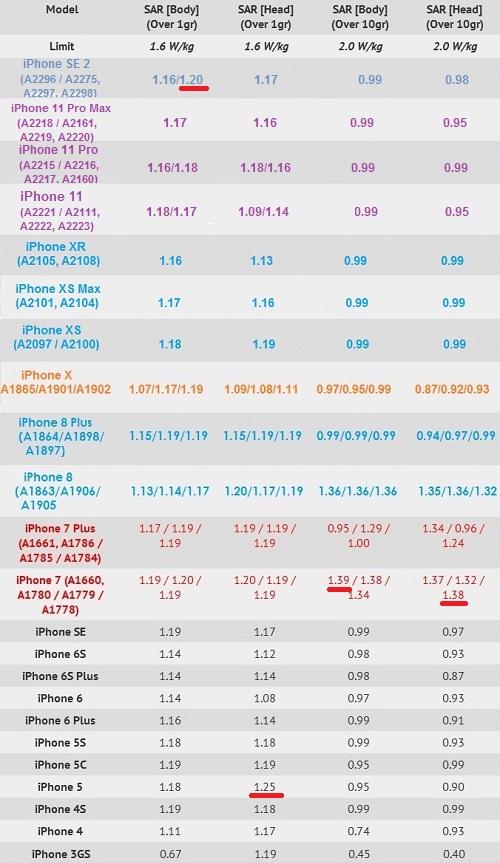 iPhone SE 2 vs all other iPhones ever released.

Are you worried about iPhone radio frequency exposure? Let us know in the comment section available below.

Source: All RF exposure values presented in this article are available on Apple.com!

Related: Check out 13 tricks that will help you to lower iPhone radiation!