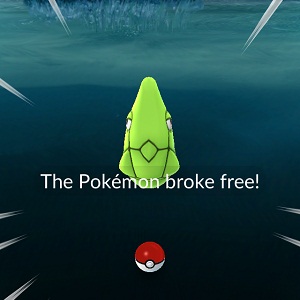 Starting with the Pokemon GO 1.1.0 version, players often get a new prompt on their iPhone’s screen, when trying to catch a little monster. “The Pokemon Broke Free!” informs you that the fantasy creature is hard to get and just managed to escape from the engulfing of your PokeBall. The action isn’t new, it occurred in earlier versions too. The only difference is that you get an explanation for the vanishing of the PokeBall and its transformation in a cloud of smoke.

This gameplay feature is also known as a Pokemon that runs away from your stronghold. However, if you know how to act you can attempt to catch the monster again and again until it finally surrenders and reaches your Bag. You’ll encounter this challenge the more you advance in the game. If in your early PokeTrainer levels you’ll find the monster quite easy to hunt, the more you deal with rarer species the more difficult it becomes to catch them.

5 Tips To Prevent Pokemon From Breaking Free
From my own gaming experience I noticed a few aspects that encourage Pokemons to break free. 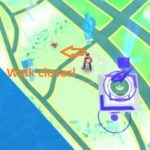 Walk closer towards Pokemon before catching.

1. Throwing Distance
When a new Pokemon spawns near your location it’s always in reach. If you tap it the PokeBalls become available and you can start catching it. Be aware though that the closer you walk towards the creature the easier it will be for you to aim and hit it.
The downside of walking as close as possible is that you risk that the Pokemon might run away. The game engine is set to spawn monsters in a location and make them available for 15 minutes. If the time passes since you notice the monster and get in close reach you’ll experience the unpleasant feeling of losing a valuable Pokemon.
2. Razz Berry
Once you reach Level 8 you can skip walking towards the immediate vicinity of the spawned creature. Feeding a Pokemon with Razz Berry makes them easier to aim at. These fruits are collected from PokeStops and can be thrown from your Bag, while the catch Pokemon screen is activated. 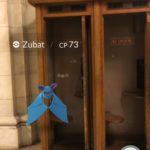 Zubat a flying Pokemon difficult to aim at.

3. Throwing Accuracy
If you don’t aim good enough and miss, the chances for the Pokemon to break free, increase significantly. The creature becomes agitated, as any animal that is being fired at, would. If you uncover a high value Pokemon, feed it with Razz Berry before throwing the first Ball. Creatures with high CP (Combat Power) are more intelligent too and aren’t an easy catch.
Tip: Disable AR mode for better accuracy!
4. Pokemon Species
Wild Pokemon are more prone to break away even if you hit them from your first attempt. Don’t worry and insist. Feed them with Razz Berry and throw again. It can take up to three and even four successful throws until the monster surrenders and is added to your Bag. If you miss a lot or the creature breaks free several times throw one more Razz Berry to get the job done.
5. Don’t Walk While Throwing
Perhaps the most important, most Pokemon that broke free when I tried to catch them attempted to do so as I contnued to walk while throwing the balls. Try to slow your pace. It’s more likely for this issue to occur if you aren’t close enough from the Pokemon and your moving path brings you further away. Especially, if you miss your first attempt and get even more out of range. When you encounter an important creature make sure that you stay put, throw Razz Berry and score the catch!

Conclusion: The faster you catch a Pokemon and prevent it from breaking free, the more likely is that you avoid the 15-minute spawn time-frame to elapse and avoid that the creature runs away!