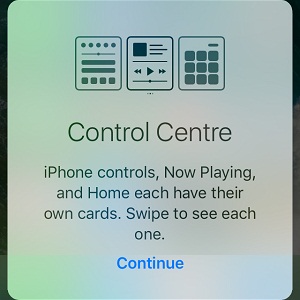 One of the important upgrades coming with iOS 10 is the expanded Control Center. This accessibility panel was first introduced in iOS 7 and includes shortcuts for some of the most common features and settings available on your iPhone and iPad. It supports On/Off buttons for Airplane Mode, Wi-Fi, Bluetooth, Do Not Disturb mode and Portrait Orientation Lock in the top bar, followed by a manual Brightness toggle, Now Playing area, AirDrop and Home buttons. At the bottom an array of shortcuts for the Flashlight, Timer, Calculator and Camera apps.

Because iOS progresses all the time and new features are constantly added the Control Center also needs to expand in order to be able to accommodate more shortcuts. As the Night Shift mode toggle was added with the release of iOS 9.3, the panel got and felt overcrowded. This is why Apple reconfigured it for iOS 10. 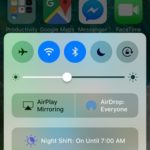 Control Center receives two additional panels with the release of iOS 10. They three cards are labeled: iPhone Controls, Now Playing and Home. The classic Controls panel is the first one displayed from swiping up from the bottom of the screen. You can then swipe right for Now Playing and HomeKit. Swipe left to return!
1. iPhone Controls: The new iPhone and iPad Control Center receives The main panel maintains its top and bottom shortcuts. The only difference is that the Night Shift toggle is enlarged and placed just above the Flashlight, Timer, Calculator and Camera icons. The other two available buttons are for Air Play Mirroring and Air Drop buttons. 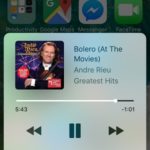 2. Now Playing is expanded and included in a separate panel. The second card comes with the most common toggles for Apple Music and allows you to easily control music playback. It displays info about current song, artist and track. Allows you to jump back and forth the playback stream. Stop or Pause listening at any moment, adjust Volume level and tweak the output source. You can choose to play music on your iPhone or on any other connected device like: Headset, iPad, Apple TV or any other portable speakers. Apple Watch is currently not available for playback. 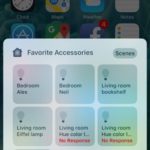 3. Home
The third iOS 10 Control Center panel is allotted for Home. This app is also a new arrival in iOS 10 and has the role to ensure connectivity between your iPhone and other Apple products available in your home such as Apple TV, lights, locks, thermostats and any other accessory that you can control with the help of HomeKit.
You can automate various behaviors and share the usability with family members and friends you trust. 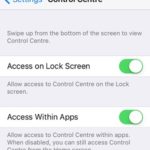 How To Tweak Control Center Accessibility
You can edit access to the Control Center from the Lock Screen and from within apps. If you have HomeKit enabled think twice before making the shortcut panel available when the iPhone is locked. Opening the cards while in other apps is useful. You can play with these options by browsing Settings -> Control Center and tweaking the appropriate toggles.
Fact: If you disable Access Within Apps, you can swipe up from the bottom of the screen to open Control Center only from the Home Screen.